Special Representative on migration and refugees Strasbourg 10 May 2022 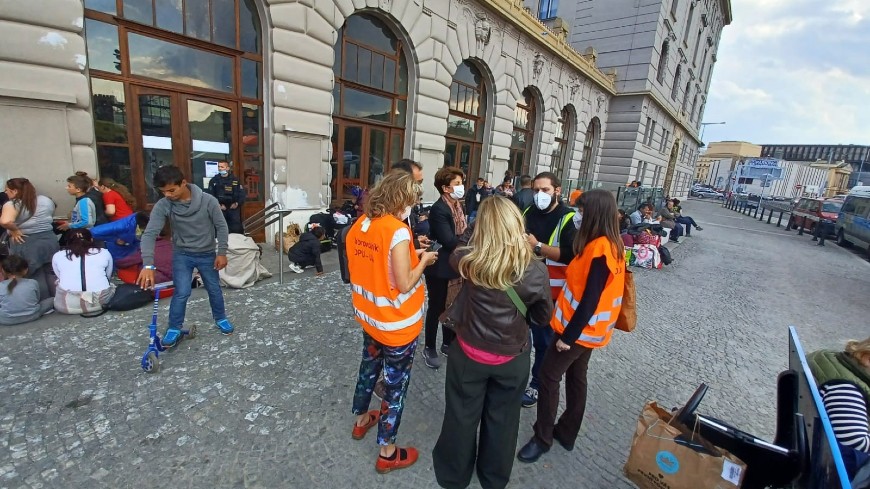 After completing her fact-finding visit to the Slovak Republic (2-4 May 2022) and Czech Republic, (4-6 May 2022), the Special Representative of the Secretary General (SRSG), Leyla Kayacik, commended the efforts made by both countries in hosting a large number of people fleeing Ukraine, mostly women and children. At the same time, within her mandate, she proposes targeted support of the Council of Europe in close co-operation with its international partners, including on the ground, in the light of the extraordinary challenges related to the protection of these people in a vulnerable situation.

The risk of trafficking in human beings of women and children had been particularly underlined by the Council of Europe Network on Focal Points on Migration at their extraordinary meeting on 9 March 2022, BY the Commissioner for Human Rights and by the Council of Europe Group of Experts on Action against Trafficking in Human Beings (GRETA). Her delegation therefore included a member of GRETA for thematic expertise.

“I was deeply moved by the stories I heard of women and children, who had to flee their homes overnight and arrived after days of travelling in difficult circumstances. I also heard their gratitude to the countries that have taken them in” said the SRSG.

The Special Representative will also make a more extensive use of the Network’s Focal Points to enable 45 relevant ministries represented to share their best practices during this crisis.

In the Slovak Republic[1] and the Czech Republic[2], the SRSG met with representatives of the relevant governmental authorities, local authorities, Offices of the Public Defender and civil society who are making enormous efforts and showing a remarkable wave of solidarity towards people fleeing Ukraine. She praised the efficient organisation in centers put in place to provide support and information to people fleeing Ukraine[3] . She also met with representatives of UNHCR, UNICEF and IOM.

The reports of the fact-finding visits are forthcoming.