Poland is the main country receiving people fleeing the war in Ukraine: medium and long-term solutions are needed 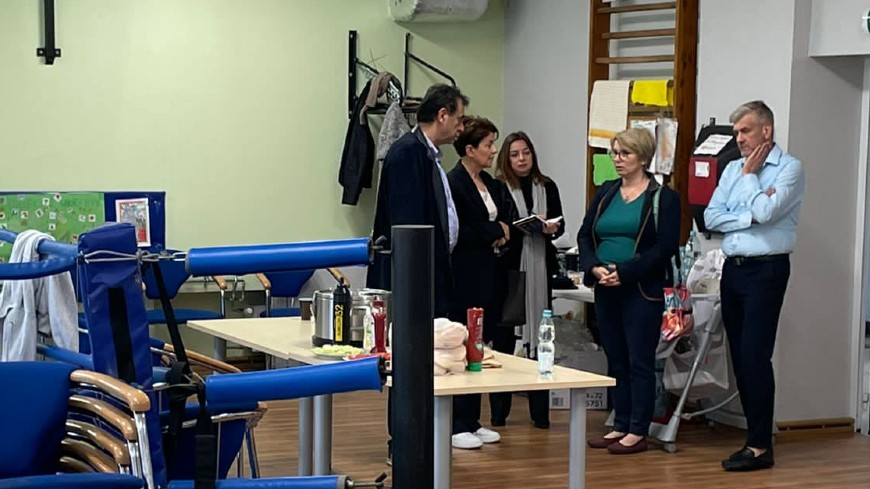 The Special Representative of the Secretary General on Migration and Refugees Leyla Kayacik, (SRSG), concluded her fact-finding visit to Poland (30 May-3 June) which focused on the protection of people fleeing the war in Ukraine[1].

“Poland is the main country of arrival for refugees fleeing the war in Ukraine and the generosity shown by the residents, civil society organisations, local and national government institutions is to be commended. This demonstrates that it is possible to provide an adequate and dignified welcome to people who flee for their lives “, said the SRSG. “There are many challenges and uncertainties lying ahead in the medium and longer term, in particular with regard to housing, access to education, healthcare and employment. Both authorities and civil society are committed to addressing these issues”, she added.

Targeted support was proposed based on the Council of Europe standards, notably as regards to Action against Trafficking in Human Beings, the Protection of Children against Sexual Exploitation and Sexual Abuse and the Protection of the rights of migrant, refugee and asylum-seeking women and girls.

The SRSG also raised awareness on Council of Europe tools such as the Recommendation on Effective guardianship for unaccompanied and separated children in the context of migration, the European Qualifications Passport for Refugees (EQPR) and the Toolkit for language support for adult refugees.

With her delegation which included a member of the Lanzarote Committee - the acting body of the Convention on the Protection of Children against Sexual Exploitation and Sexual Abuse, she visited the reception centre in Stalowa Wola hosting children as well as Nadarzyn centre near Warsaw.

The report of the fact-finding visit is forthcoming.