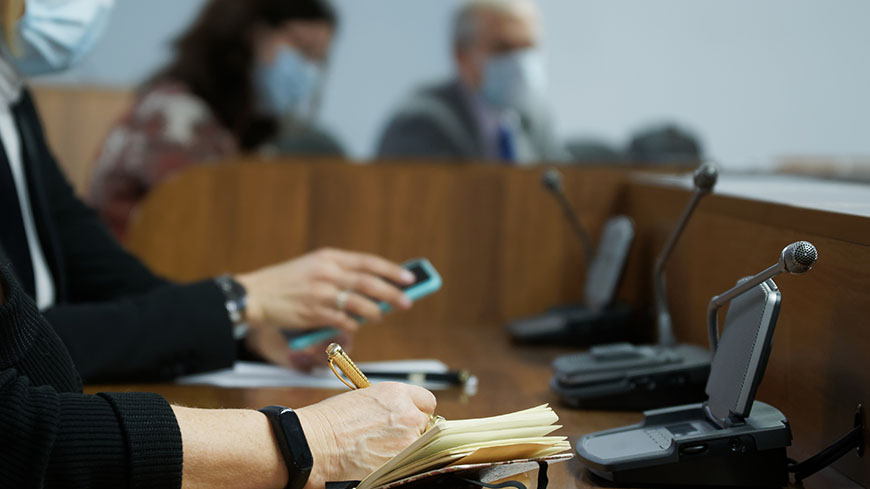 The Scientific Advisory Council ensures the academic, scholarly, and methodological quality of the Observatory’s work. It is consulted on the Observatory's programme and assists the Governing Board by delivering opinions on any other matter concerning the Observatory’s activities. 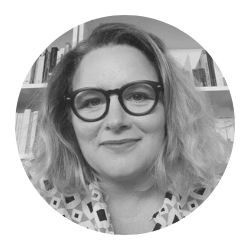 Coordinator of the Exiles Memorial Centre in Estoril, Portugal, which interprets the lives and memories of the refugees who passed through Portugal, 1933-45. Her publications focus on the interplay between museums and sensitive histories: Multiple voices on art and Islam; Collecting for the Res Publica; ‘What’s in Lisbon?’ Portuguese Sources in Nazi-era Provenance Research’; Deconfined Histories. In 2021, she will publish on museum education and difficult histories. She holds a M.A. in Near Eastern Studies/Museum Studies from New York University; and her M.A. History/History of Art from the University of Edinburgh. She is currently pursuing her Ph.D. in History at Maynooth University, Ireland. In 2020, she was recognised by the Association of Portuguese Museology with the Museum Person of the Year Award. She is a member of the Advisory Committee of the Sousa Mendes Foundation. 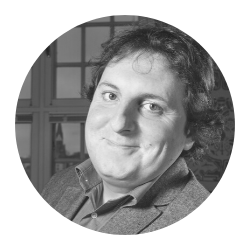 Honorary Research Fellow in Modern European History at the Stanley Burton Centre for Holocaust and Genocide Studies, University of Leicester, United Kingdom. He has previously worked as a Lecturer in Modern European History at the University of Leicester, Lecturer in European Studies at the Europa Universität Flensburg, Senior Research Associate at the European Centre for Minority Issues, and Teaching Fellow at University College London. He has held Research Fellowships at the Vienna Wiesenthal Institute for Holocaust Studies and the Imre Kértesz Kolleg Jena. A Romanian national, he is currently residing in Flensburg, Germany. He is a member of the Scientific Council of the international network ‘National Movements and Intermediary Structures in Europe’ (NISE). He is co-editor (with Éva Kovács) of Modern Antisemitisms in the Peripheries: Europe and its Colonies, 1880-1945 (Vienna, 2019). He is co-editor of the book series A Modern History of Politics and Violence at Bloomsbury. 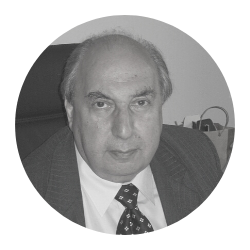 Mr Alexander Chubaryan, Research Director of the Institute of World History of the Russian Academy of Sciences

Alexander O. Chubaryan is Chairman of the All-Russian Public Organization “Association of History and Social Studies Teachers”, Chairman of the National Committee of Russian Historians, President of the State Academic University for the Humanities (Moscow). He is a Russian historian, specialist in the history of international relations in the 20th century and Russian-European relations. Currently, he is the Research Director of the Institute of World History of the Russian Academy of Sciences, A. Chubaryan is working on academic textbooks, intended for both secondary and upper secondary schools. He also co-chairs bilateral commissions of historians bringing together Russian historians and their counterparts from Germany, Poland, Lithuania, and Austria. Joint textbooks for secondary school teachers in cooperation with historians from Germany, Poland, and Austria have already been published under the auspices of the commissions.

He has authored more than 350 academic works, including nine monographs. He is a Member of the Norwegian Academy of Science and Letters and the Royal Swedish Academy of Literature, History and Antiquity. 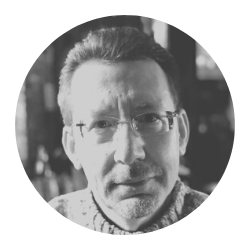 Piero Colla is a historian and sociologist trained in Bologna and holds a doctorate from EHESS. He is a lecturer at the University of Strasbourg and a researcher attached to the AGORA laboratory. Since 2006, he has been an official of the European Economic and Social Committee (Brussels), and has worked in Paris, Stockholm and Luxembourg.

His research interests include the symbolism of the nation and collective identity, the cultural dimension of the welfare state in Scandinavia and the interaction between memory, school practices and curricula in history and civic education on a comparative level. On this last subject, he has been co-leading an interdisciplinary seminar in Paris for the past four years entitled "A crisis in the teaching of history in Europe? "(https://histeurope.hypotheses.org/). He is also the initiator of several collective works focusing on the comparison of history teaching experiences, especially in multicultural and minority contexts. 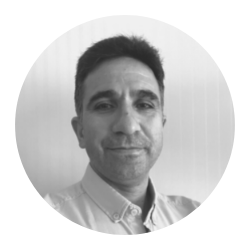 After obtaining a PhD degree from the University of Nottingham, he served as an academic and teacher trainer in various universities. He previously acted as a board member for the Board of Education and Instruction, an advisory body within the Turkish Ministry of National Education. Currently, he works as a professor of history and social studies education at Anadolu University. His research focuses on historical consciousness and the development of the learners' epistemological beliefs in relation to history. He is also interested in democratic citizenship and human rights education, and qualitative social research. Having proficiency in English, he authored a number of publications and took part in projects, including the Democracy Education Project funded and jointly implemented by the Council of Europe. Following and participating in the works of EuroClio and HEIRNET, he also acts as a country coordinator for the Korean War Legacy Foundation. 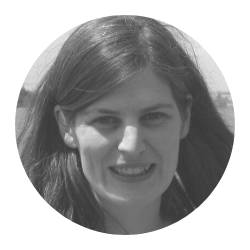 Associate Professor in Modern Irish History and a Fellow of Trinity College Dublin, Ireland, Anne Dolan is a historian of modern Ireland. Educated at University College Dublin (BA & MA) and with a PhD from the University of Cambridge, she is a member of the Government of Ireland's Expert Advisory Group on Centenary Commemorations. She is author of Commemorating the Irish Civil War: History and Memory 1923-2000 (Cambridge, 2003) and, with William Murphy, Michael Collins: the Man and the Revolution (Cork, 2018). With Cormac O’Malley she has co-edited ‘No Surrender Here!’: the Civil War Papers of Ernie O’Malley 1922-1924 (Dublin, 2007), along with many articles and book chapters. Her research centres around the history of violence in inter-war Ireland. 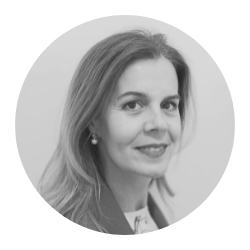 Dr Chara Makriyianni holds a Bachelor in Education (Hons), University of Nottingham; a Master of Arts in History in Education, Institute of Education, University of London; a PhD, Faculty of Education, University of Cambridge. She is a Founding Member of the Association for Historical Dialogue and Research, the Home for Cooperation and the CypRom Association in Cyprus. She served as a EuroClio Board Policy Officer and Council of Europe expert and trainer. She authored museum education programmes, history teaching and learning material. As a Teacher Educator at the Cyprus Pedagogical Institute, Chara coordinated the implementation of the New History Curriculum in primary schools of the Republic of Cyprus. A Fellow of the Cambridge Commonwealth Society and a Scholar of the Cyprus Fulbright Commission, she was shortlisted for the Grinnell College Young Innovator for Social Justice Prize. Currently, a Deputy Head Teacher at Faneromeni Primary School, she is also a EuroClio Ambassador. 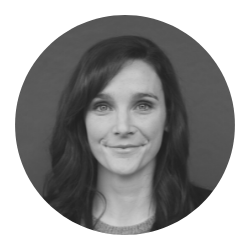 Secondary History Teacher at the International School of Paris, Bridget also leads teacher training activities with EuroClio. She holds a Master of Teaching from the University of Melbourne as well as a Master of Arts (History) from the University of Groningen. She has produced peer-reviewed research on topics such as history curriculum debates and approaches to oral history in education. Holding Australian and Dutch nationality, Bridget is fluent in both English and French. Bridget began her teaching career in Australia where she was accredited at the Highly Accomplished level against the national professional standards for teachers. She has also worked in Indonesia, the Netherlands, and France. Following a period as History Teacher in Residence at EuroClio, Bridget continues to work with the organisation on various projects including as a member of the Teaching and Learning Team for their online learning platform, Historiana. 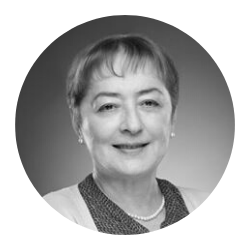 She has nearly 50 years of experience in teaching and research, is the author of more than 80 works, including books, history textbooks and research papers on the topics of 20th century world history, didactics of history teaching, women's issues and more; the editor of a number of monographs, training resources and editorial board member of scientific journals.

She has taken part in many international projects, including those of EuroClio, which were aimed at building a democratic and tolerant society in Georgia and in the other countries of the region, as the coordinator and international editor. She is a co-founder of several non-governmental organizations in Georgia, among them the Georgian Association of History Teachers. She is also a member of the Supervisory Board of IDFI Georgia. 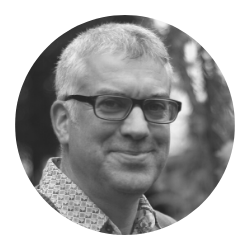 Professor at the Faculty of Languages, Cultures and Societies of the University of Lille and researcher at the Institut de Recherches Historiques du Septentrion (IRHiS, CNRS-Univ.Lille, UMR8529), he teaches contemporary German history. A former fellow of the Institut d'Etudes Avancées de Nantes, he taught for ten years at the European University Viadrina in Frankfurt/Oder, and lives in Berlin. His work focuses on German-Polish and Franco-German relations, European borders and European memory cultures. He is co-editor of The European Way since Homer: History, Memory, Identity, 3 vols, London, Bloomsbury, 2021. 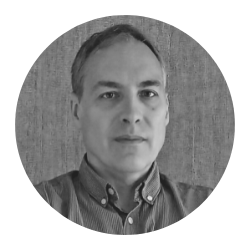 His academic career as Serbian medievalist started and advanced at the Faculty of Philosophy, University of Belgrade where he lectures as professor. He was coordinator of the Georg Eckert Institute project on History Textbook Research and Development in South-Eastern Europe from 2001 until 2004. Since 2010 he was engaged as an expert in intergovernmental projects and bilateral programs of Council of Europe’s History Teaching Unit. His domain of expertise includes medieval Balkan history, history didactics, curricula design and assessment. He is active in educational projects and teacher trainings on national, regional and international level. He is the author of several textbooks, additional teaching materials, education standards and history curricula. He is a consultant on Council of Europe anti-discrimination and national minorities programs, member of EuroClio and the International Society for History Didactics.