Council of Europe's standards and mechanisms seek to promote and ensure respect for the human rights of every individual. These include equal rights and dignity of all human beings, including lesbian, gay, bisexual, transgender and intersex (LGBTI) persons. 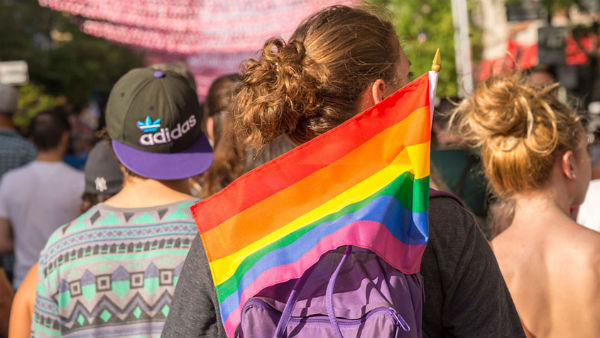 The Sexual Orientation and Gender Identity Unit (SOGI Unit) is a committed partner in the work of the Youth Department with LGBT youth through its education and training programme and youth-policy development.

In addition, the SOGI Unit, the Roma and Travellers team and the Youth Department co-organised the Conference Being Roma and LGBTI: at the crossroads of discrimination to raise awareness on the challenges faced by young Roma LGBTI persons and the work conducted by Roma LGBTI activists, including youth activists.

The SOGI Unit and the Education Department are conducting jointly a European study on Education Sector’s response to homophobic and transphobic bullying to identify best practices. A report will be published in 2018 and will be the basis for future work on anti-bullying.

Previous work included the surveys on hate speech conducted by the Youth Department in 2012 and 2015 showed that homophobic and transphobic hate speech is the most frequently encountered form of hate speech online. Addressing such hate speech is a cause for action for all.

A desktop study entitled “Young People’s Initiatives to Address Homophobic and Transphobic Hate Speech” was conducted in the spring of 2014. It maps out a number of initiatives that successfully involve youth (including from within and beyond the lesbian, gay, bisexual, trans, queer and intersex (LGBTQI) community) addressing homophobic and transphobic hate speech.

The campaign has run action days raising awareness of the devastating impact of homophobic and transphobic hate speech in 2013 and 2014 and collects hate speech reports on the "Hate Speech Watch".

IGLYO has published a range of guidelines and toolkits that have benefitted from and contribute to the campaign and programme of the Youth Department, including: