Valencia sits on the banks of the river Turia, on the Iberian Peninsula’s west coast, on the shores of the Gulf of Valencia on the Mediterranean Sea. It is the third-largest city in the country, with around 800,000 inhabitants. Valencia is Spain’s third biggest city, with a population of around 800 000 people, 1.6 Million if including its metropolitan zone. While its economy is primarily focused on the service sector, Valencia also hosts a dynamic manufacturing sector which employs 8.5% of its population. Its port is Western Mediterranean’s biggest and Spain’s second in terms of traffic. Centuries of history have enrichened the city with a wide array of traditions and popular celebrations, such as the Fallas, which UNESCO declared as Intangible cultural heritage in November 2016.

For last decade, a seizable number of peple of immigrant origin have acquired the Spanish nationality and, therefore, disappeared from the city’s foreign population census. When factoring these citizens in upon evaluating cultural diversity, an additional 142 158 residents born overseas is added to the calculation, which brings the total up to 17.8%.

In 2002 the City Council launched its first Municipal Plan for Immigration and Integration, under which the attention Centre to Immigration (CAI) was created. The North-South 2009-2013 Plan continued the path set by the previous one, establishing an intervention area devoted to interculturality. The City Council passed the current Municipal Plan of Immigration and Interculturality 2019-2022 in October 2018, which shifts the focus from the care and assistance management to the intercultural approach.

In addition, the city established the Local Council of Immigration and Interculturality in 2016. A consultative and advice body, it recognises migrants’ capacity to organise and interact with the local government to formulate, monitor and evaluate the city’s immigration and intercultural policies.

The City Council is currently designing its Ant rumours Strategy.

Valencia joined the Spanish Network of Intercultural Cities in January 2020.

Sustainable and inclusive tourism to foster participation and sense of belonging 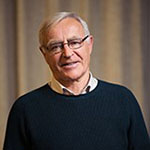