Nestled in the heart of the Capital of Europe, a stone's throw from the European institutions (European Commission, Council and Parliament), Etterbeek is a perfect example of a municipality open to the world, hosting several embassies and organisations from the four corners of the planet.

Almost half of Etterbeek's population has foreign roots and more than three quarters of these citizens of foreign background come from a European Union country. Nationals from both the EU-15 and the new member states are over-represented in the area. This presence contributes to the diversity and cultural richness of the locality.

This multiculturality is a treasure that Etterbeek wishes to highlight by giving its diverse citizens a role to play, in particular through the new Council of European and non-European residents "In'Etterbeek". This is an opportunity to discuss about local issues, advise the authorities on actions to be taken and propose a real programme of activities for the municipality so to meet the needs of foreign residents.

The well-being and development of women and men have always been among the priorities of the College of Burgomasters and Alderpersons, with particular attention to the most vulnerable groups such as the elderly, young people in difficulty, people with disabilities, but also homeless people, refugees and migrants. Among the most recent initiatives, Etterbeek has hosted a centre for asylum seekers on its territory in order to respond concretely to urgent needs.

Its openness to others and to their culture, as well as its proactivity in this area, is also illustrated by the twinning and links that the municipal authorities have been able to forge with other cities in the world: Fontenay-sous-Bois (France), Forte dei Marmi (Italy) and Semiatycze (Poland).

This desire to connect is an integral part of its DNA and is also reflected in its name: Etterbeek, etymologically the 'fast stream', refers to the Broebelaer that runs through the municipality. This stream, which connects lands and people, is reminiscent of Belgium's national motto: "L'union fait la force". 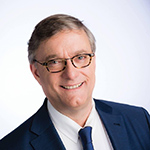