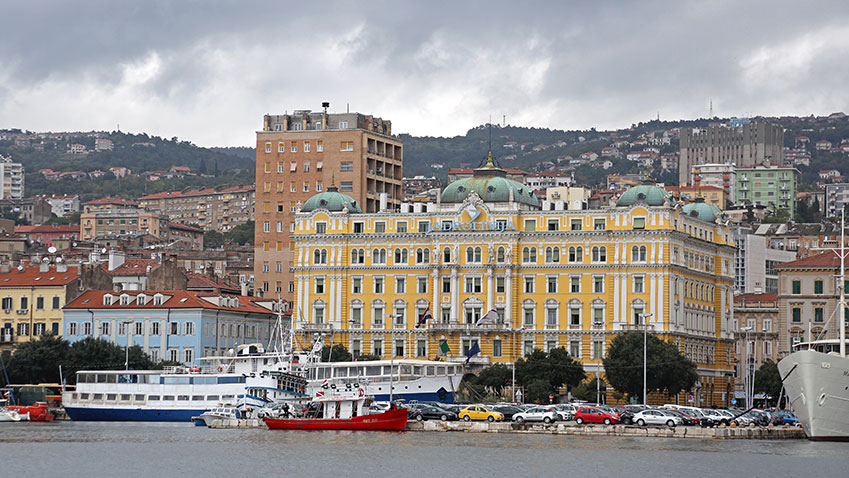 By signing this Memorandum, religious communities have committed themselves to getting involved in the project Rijeka – European Capital of Culture 2020 with the aim of further strengthening interreligious dialogue within the city of Rijeka and the Primorje-Gorski Kotar County, following the establishment of the Interreligious Council of Rijeka 2020 at the initiative of monsignor Matija Matičić, the rector of the Cathedral of St Vitus.

The event was also attended by monsignor Matija Matičić, the rector of the Cathedral of St Vitus, Ivan Šarar, head of the Department of Culture of the City of Rijeka and Irena Kregar Šegota, director of the Sector for Development and Strategic Partnership of the company Rijeka 2020 d.o.o.

In this manner, the most prominent religious communities in Rijeka will actively collaborate with the City of Rijeka and the company Rijeka 2020 d.o.o with the purpose of implementing activities in the following areas:

Mayor Obersnel expressed his pride in the event and added that cooperation between religious communities and representatives of the local self-government was a commonplace thing in our city.  He also pointed out that it had not been possible to gather representatives of every single religious community in the city, and that therefore efforts had to be limited to the largest among them. Finally, he reminded that the City’s doors were always open to everybody, and that those that were not present at the event could also join the work of the Council.

Emina Višnić, director of the company Rijeka 2020 d.o.o., pointed out that Rijeka was also involved in the network of Intercultural Cities of the Council of Europe as part of the ECOC project and joint efforts to support the intercultural cities as places where diversity is the norm, and which strive to create educational, social, cultural, employment, residential and other policies and public spaces that allow people from different  cultural and religious backgrounds to exchange their views, intermingle and interact in a productive and creative manner.