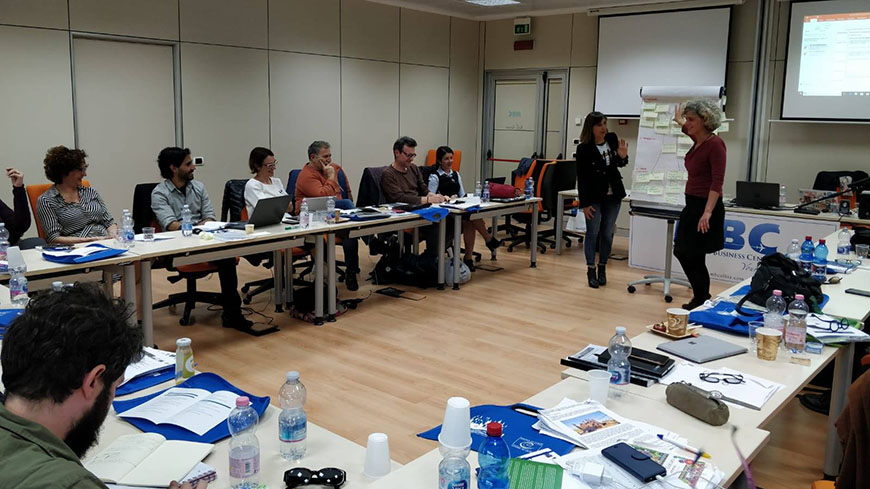 On 10-11 April the Italian Network of Intercultural Cities “ICC - Città del Dialogo” held its Annual Meeting in the beautiful city of Olbia, in Sardinia Region.

Under the title “The challenge of Intercultural Integration in Cities – Needs and Tools for Città del Dialogo” participating cities and the National Association of Italian Municipalities (ANCI) met to discuss and brainstorm about challenges and solutions for local authorities and citizens committed to live well and peacefully in diversity.

The meeting was opened by Ms Ivana d’Alessandro, Head of the Intercultural Cities Unit at the Council of Europe, and Ms Simonetta Lai, Deputy Mayor for Social Affairs of the city of Olbia. The event was organized and moderated by ICEI, the entity appointed by the Council of Europe for the coordination of the Italian Network of intercultural cities.

After identifying the main challenges and their causes, the cities went through the main tools they have at their disposal internally, nationally and at the international level through the ICC programme to shape a strategy that would lead to solutions. Through dynamic working groups they prepared and endorsed a sound and concrete programme of activities from now on to 2021, mainly focussed at addressing three major areas:

1) promoting a culture of interculturalism within the administrative machine, with a strong focus on fighting institutional discrimination;

2) co-creation of projects for joint activities and fundraising in view of the network’s self-sustainability;

During the meeting, Italian cities met virtually with the RECI, the Spanish Network of Intercultural Cities, which was holding its coordination meeting in Madrid. They discussed their strategic progress and realized they were working on similar lines. RECI invited a representative of Città del Dialogo to attend the next gathering of the Spanish Anti—rumours cities, in view of the launch of Anti-rumours work in Italy.