First Coordination Meeting of the Intercultural Cities Network in Morocco 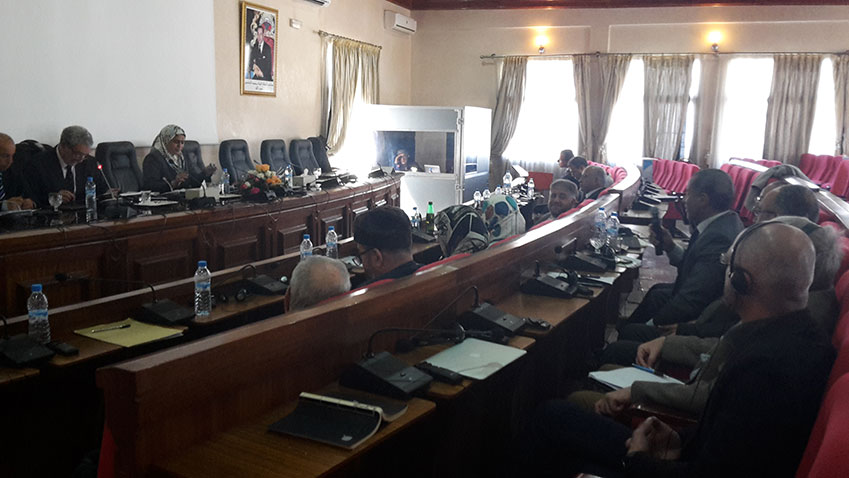 In the last twelve years the cities of Morocco are experiencing waves of migration from different country of origins (more than 40 nationalities coming from English and French-speaking countries). The country moved from a place of transit to settlement and these migrants are starting more and more to settle down in Morocco, especially in the big cities. Already at the start of the regularization campaign in January 2014, the length of staying was between 5 and 9 years for 15% of them.

Despite the efforts of public administration and ONGs, the indicators of integration (housing, access to the job market, the health service, education and teaching), not to mention the cultural component, are still very low.

All the officials that were approached have argue the necessity and urgency, given the scale of the problems experienced by migrants, for the adoption of urban policies that fit in the promotion and development of integration as a necessary corollary of interculturalism. Also the need was expressed, given the scale and novelty of the problems encountered, to move beyond the primary experimental phase and to develop actual structures and appropriate working methods, as well as to build solid knowledge in the field.

As a possible answer to these challenges, a first ICC coordination meeting was held in Tanger on March 3, involving 11 Moroccan cities (Tanger, Agadir, Meknes, Rabat, Casablanca, Marrakech, Chefchaouen, Tetouan, Kenitra, Martil, and Larache) as well as the experts of the Council of Europe Phil Wood, architect of the ICC methodology, and Daniel de Torres, expert and coordinator of RECI-red de ciudades interculturales. The meeting was organized as part of the activities of the CoE-EU Joint South programme II

All the participants showed real willingness to move into previously unexplored areas of policy and to seek new and innovative solutions and the group voted and unanimously approved the formation of a Moroccan Intercultural Cities Network to be hosted and coordinated by the city of Tanger, and specifically by Mr Abdelaziz Zaidi, the head of international affairs for the city. In the next months all the cities joining the Network will fill the ICC Index.