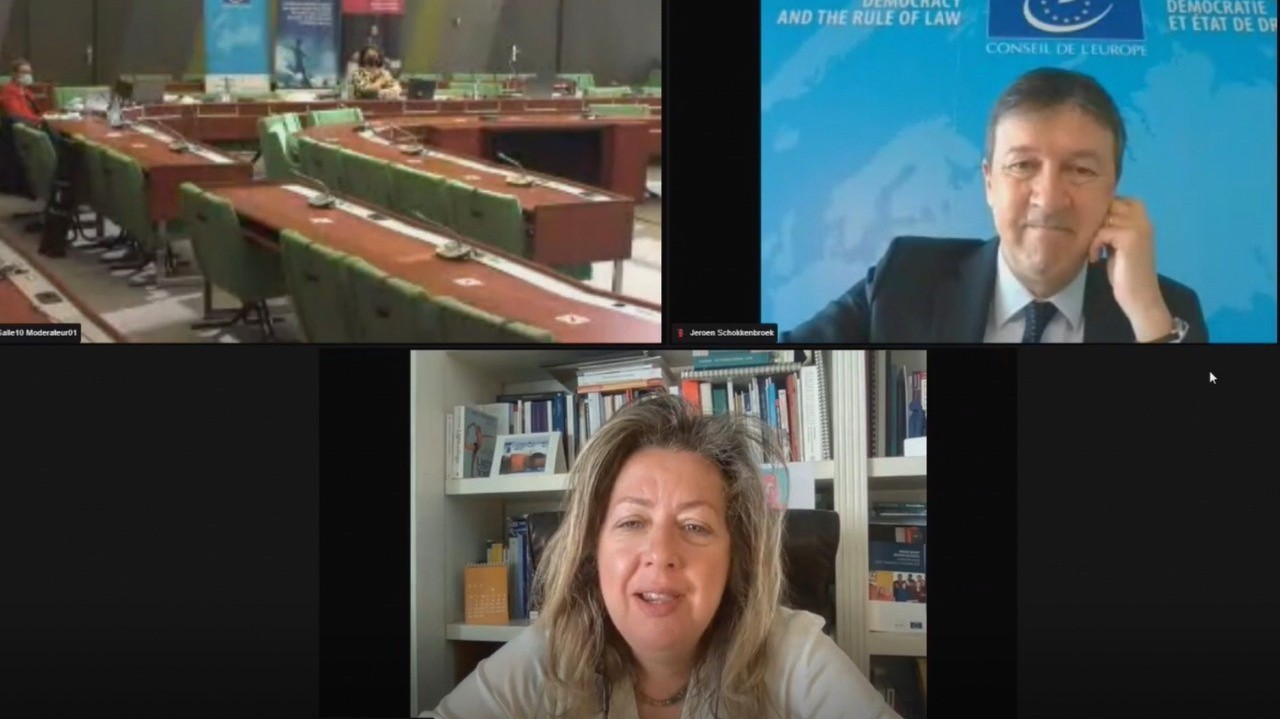 ECRI firmly believes that sport can be a powerful tool for promoting social cohesion and important values, such as fair play, mutual respect and tolerance, said ECRI’s Chair Maria Marouda in an online Council of Europe leadership dialogue event on racism and hate speech at sports events: the Saint-Denis Convention, on Wednesday, 14 April 2021.

Racism and its expression in sports target the same groups who are victims of discrimination and intolerance in other areas of life, such as Black people, Roma, other people from different minority backgrounds and LGBTI persons. ECRI’s findings indicate that this is a persisting problem.

ECRI calls on the authorities to take immediate action to investigate, prosecute and punish racist and homophobic behaviour of sports fans and ban racist and homophobic sports fan clubs. In this connection, ECRI considers that police and prosecution services should reach out more intensively to people belonging to minorities and encourage reporting of incidents.

With accountability, equality and exemplarity as its goals, sport can be one of the leading sectors in the fight against racism and homophobia, and respect, diversity and inclusion the rightful winners, concluded Ms Marouda.