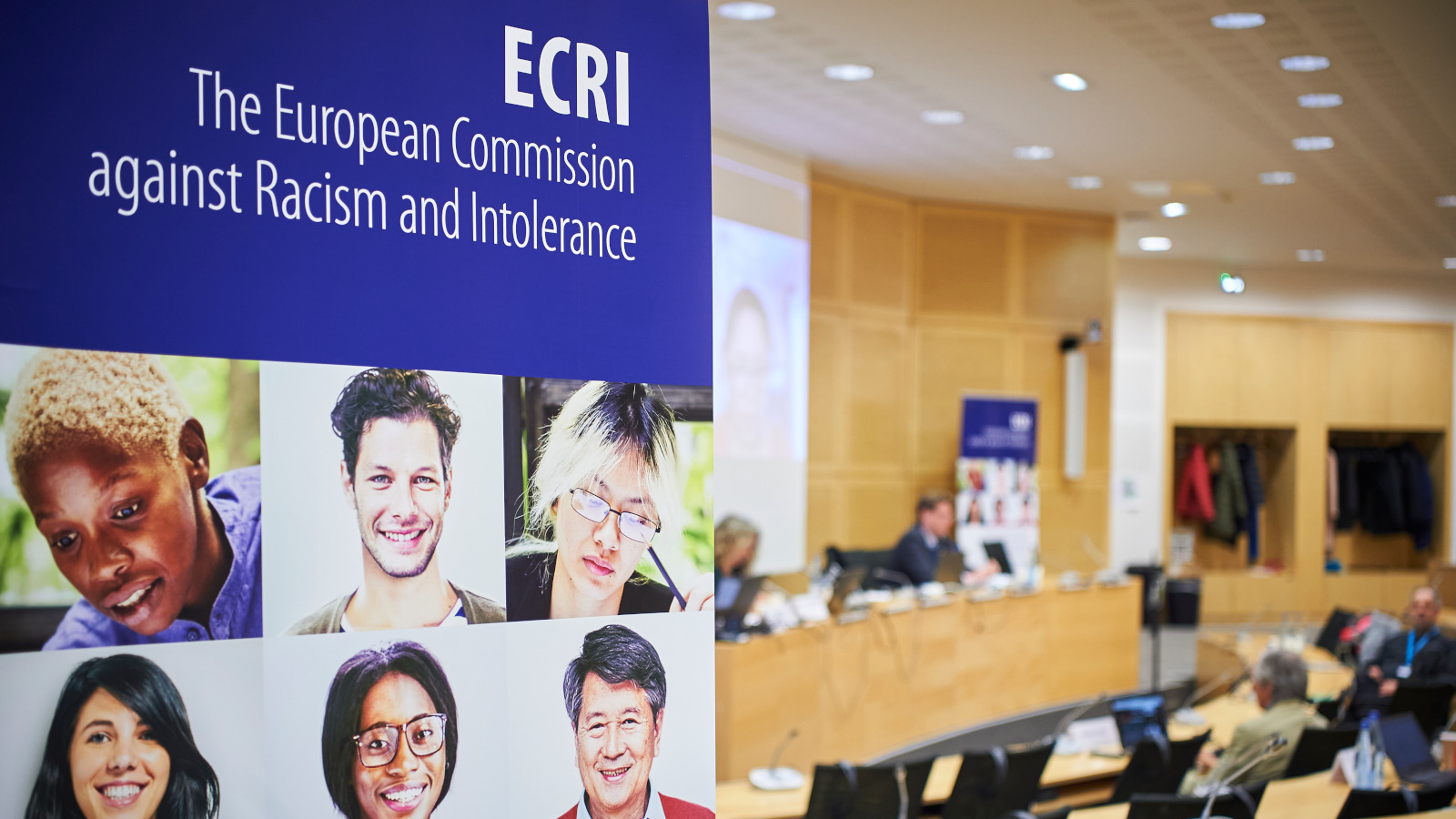 Strasbourg, 05 April 2022 - ECRI condemns in the strongest terms the aggression1 of the Russian Federation against Ukraine, which was preceded and is accompanied by ultra-nationalist political discourse and propaganda and has resulted in the immense suffering of the Ukrainian people. This aggression led the Committee of Ministers of the Council of Europe, after having consulted the Parliamentary Assembly, with no other choice than to end the 26-year membership of the Russian Federation in the Organisation on 16 March 2022. This decision also terminated ECRI’s monitoring work regarding racism and intolerance in the Russian Federation.2

ECRI wishes to express its full support to the Ukrainian people fighting for the sovereignty, independence and territorial integrity of Ukraine within its internationally recognised borders and to express its solidarity with the millions of Ukrainian people in despair and mortal danger who are either forced to flee or to take refuge within and outside Ukraine.

ECRI commends the authorities, equality bodies and civil society actors of the Council of Europe member states offering protection to people fleeing from Ukraine by helping them to ensure access to their rights, such as their rights to health care, social welfare, housing, education and employment. It trusts that reports about unjustified differential treatment of Roma and people of African or Asian descent coming from Ukraine3 will be effectively investigated and that the authorities will ensure that there is no discrimination against any of the people who should be offered protection and assistance.

In ECRI’s view, the level of solidarity displayed in Council of Europe member states is exemplary. ECRI calls on all Council of Europe member states to ensure that such solidarity with people in need remains the norm in the management of current and future humanitarian crises. All people fleeing war and other emergencies, irrespective of their national or ethnic origin, citizenship, skin colour, religion, language, sexual orientation or gender identity, should be promptly offered adequate protection.

ECRI also recalls once more that, in times of conflict or other crisis, just as in ordinary times, politicians and other public figures must refrain from any form of ultra-nationalist and racist hate speech and should challenge any such manifestations of hatred.4

[1] Resolution 3314 (XXIX) of the United Nations General Assembly (14 December 1974) defines aggression as “the use of armed force by a State against the sovereignty, territorial integrity or political independence of another State, or in any other manner inconsistent with the Charter of the United Nations”. The Rome Statute of the International Criminal Court, in its Article 8 bis (crime of aggression), refers to that definition.

[2] Resolution CM/Res(2022)2 on the cessation of the membership of the Russian Federation to the Council of Europe and Resolution CM/Res(2022)3 on legal and financial consequences of the cessation of membership of the Russian Federation in the Council of Europe (adopted by the Committee of Ministers on 16 March 2022 and 23 March 2022 at the 1428ter and 1429bis meetings of the Ministers’ Deputies respectively).

[3] Statement of 24 March 2022 issued by the Council of Europe’s Commissioner for Human Rights following missions to Poland, the Slovak Republic, Hungary and Romania, as well as to the Republic of Moldova.

[4] Reference should be made in this regard to ECRI’s 2021 statement on preventing and combating ultra-nationalist and racist hate speech and violence in relation to confrontations and unresolved conflicts in Europe. See also ECRI’s latest report on the Russian Federation (§26).