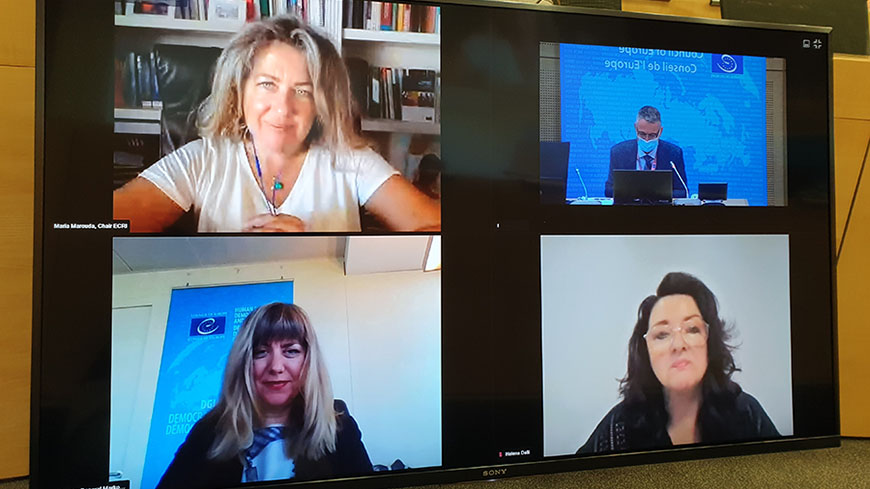 ECRI held its 2020 Seminar with Equality Bodies on 28 and 29 September, through videoconferencing. It brought together high-level representatives of Equality bodies across Europe, the European Network of Equality Bodies (EQUINET), various other agencies and organisations such as the European Union Agency for Fundamental Rights (FRA) and Amnesty international, as well as communication specialists.

Maria Marouda, Chair of ECRI, Snežana Samardžić-Marković, Council of Europe’s Director General of Democracy and Helena Dalli, European Union Commissioner for Equality, highlighted the need for finding the right tools to communicate more effectively and for joining forces in communicating the equality and diversity message.

Maria Marouda, Chair of ECRI, recalled the important role that Equality bodies play in preventing and combating racism at all times, including in times of crisis. “It has been said that there is no vaccine against racism. However, you – Equality Bodies – are in a unique position to prevent the further spread of the viruses of racism and intolerance”, she said.

All background documents related to these events as well as speeches and presentations can be found here.