iPROCEEDS-2: Second round of workshops on cybercrime and cybersecurity trends as well as for criminal justice statistics 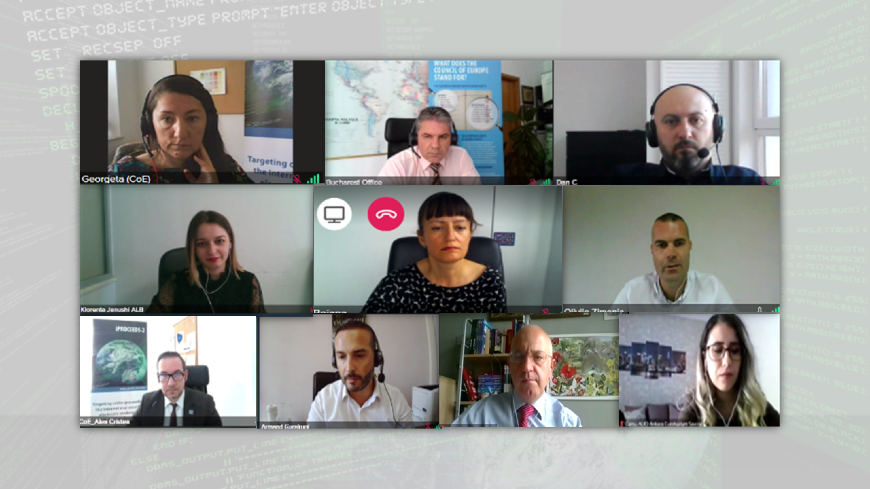 By 2025, cybercrime is estimated to cost worldwide businesses nearly $10.3 trillion, with annual growth of 15 percent, according to the 2021 report issued by CyberSecurity Ventures.

Classification and analysis of cybercrime and cybersecurity trends and threats, as well as the existence of centralized national statistics and reports, will help authorities and businesses to discover and understand their own vulnerabilities but also to prepare, to be one step ahead of cyber actors in this cyber war.

To address such problems faced by the iPROCEEDS-2 project countries/area, a series of three workshops on cybercrime and cybersecurity trends and criminal justice statistics were organized online for Turkey, Bosnia and Herzegovina and Albania.

The workshops focused on two major directions: the existing capabilities, mechanisms and roles of the counterpart authorities in collecting statistical data and harmonization of the domestic guidelines with the international standards.

The three online workshops were organized in September and October 2021, with a first round of similar assignments having been organized in April and May 2021 for two other project countries/area. As a follow up to the activities, reports with identified gaps and recommendations prepared by international experts on the topic will be provided to the beneficiaries.

The iPROCEEDS-2 project will continuously support authorities in the region as regards to implementing a strategic approach on cybercrime and cybersecurity.