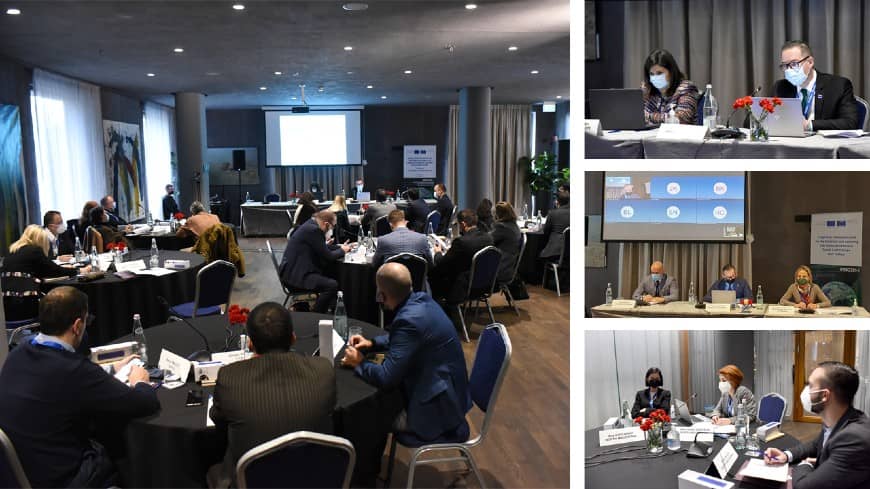 The continuous growth in the use of technology which has endless positive aspects to it also brings along a darker side, namely the spread of cybercrime worldwide. The borderless nature of cybercrime requires cooperative efforts between all actors fighting against this crime in different countries all over the globe.

The Council of Europe through capacity building activities and by following the international channels and tools provided by the Budapest Convention on Cybercrime supports its Parties in the process of enhancing international cooperation on cybercrime and e-evidence.

iPROCEEDS-2 project, carried out in the period of June-December 2021 several activities in a series for strengthening international cooperation and information sharing between cybercrime units, financial investigation units and financial intelligence units (FIUs) as well as between competent authorities for judicial cooperation.

The activity consisting of two regional meetings and seven domestic online workshops, debuted on 29 June with the first regional meeting on MLA best practices in terms of drafting and execution, as provided under the Budapest Convention and further enhanced under its Second Additional Protocol. Within the seven online domestic workshops which followed, the current situation in the iPROCEEDS-2 countries/ area and the use of the Council of Europe MLA template were assessed and an assessment of the current situation in terms of mutual legal assistance procedures complemented by recommendations for improvement was conducted.

The US Department of Justice joined the activity and contributed with presentation on successful international co-operation procedures and advices on reaching out to Multinational Service Providers located in US.

The meeting was concluded with the presentation of the Second Additional Protocol to the Budapest Convention and its provisions for international cooperation and will be followed through with further capacity building activities to insure a smooth implementation of its provisions in domestic legislations as well with activities meant to enhance co-operation and exchange of information with Multinational Service Providers (MSP’s).