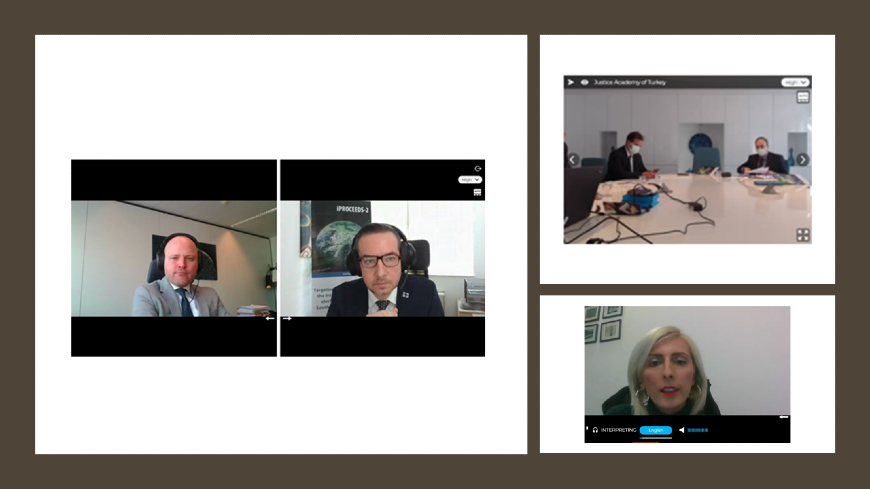 The Council of Europe (CoE) has been supporting judicial authorities to enhance their capacities through global capacity building initiatives, by delivering judicial training courses on cybercrime and electronic evidence in a large number of countries, by training pools of judges and prosecutors to become trainers themselves on these matters, and by working with training institutions to integrate relevant modules into regular curricula.

The year 2020 meant important achievements in relation to Judicial training as the Introductory and Advanced training modules on Cybercrime were fully updated to the newest challenges and to the expressed needs of the beneficiaries. Moreover, two new training courses were fully developed: a specialised one on Electronic Evidence and one on International Cooperation.

The second part of the event was an opportunity for the representatives of the Judicial Academies and national trainers to express their needs in relation to judicial training.

In the following months, the iPROCEEDS-2 project will organize and deliver the online Training Course on International Cooperation, in most of the project countries/area, as result of requests coming from its professional counterparts in the region.