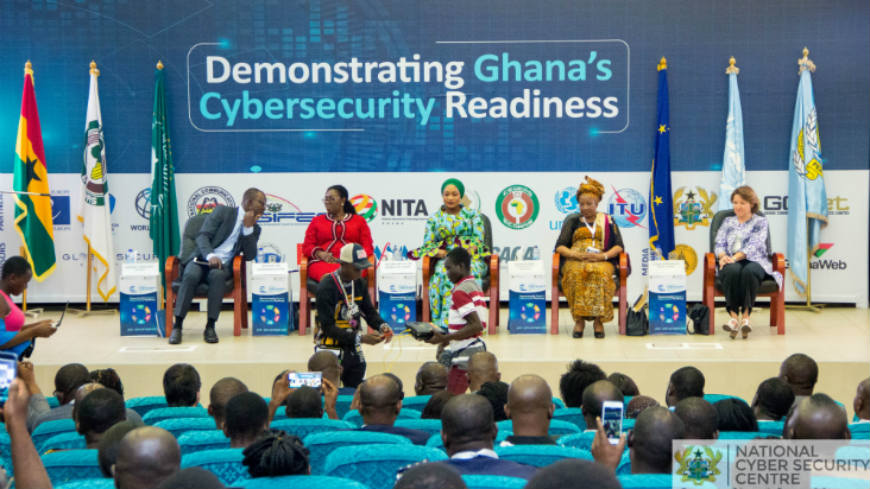 The Council of Europe through GLACY+ and Cybercrime@Octopus Projects supported the organization of three consecutive events in the framework of the National Cyber Security Awareness Month (NCSAM 2019) of Ghana.

The Climax Week was formally opened by a high level panel composed of Minister of Interior and Minister of Communications from Ghana, together with the EU Ambassador, the ECOWAS Commissioner, the National Cyber Security Advisor and the Council of Europe. The opening remarks were focused on the strategic approach that Ghanaian government has been taking with respect to cyber security and cybercrime. Main highlights were:

The workshop was attended by law enforcement representatives (both Police and Office of the Attorney General), all the Internet Service Providers of Ghana and the Data Protection Commission. The Council of Europe presented the requirements of the 24/7 PoC Network under the Budapest Convention, the templates for preservation requests and the T-CY recommendations. This was also the occasion to draft a preliminary set of points that will constitute a memorandum of understanding between providers and law enforcement authorities on how to facilitate internal coordination for swift replies to international cooperation requests.

The 24/7 PoC of Ghana has been established under the National Security office and will be fully operational as of 1 January 2020.

Workshop on cybercrime and electronic evidence for criminal justice authorities

The workshop was attended by a large group of law enforcement officers and prosecutors. The meeting was scheduled over 3 days and was aimed at providing introductory notions on cybercrime issues and the handling of electronic evide...