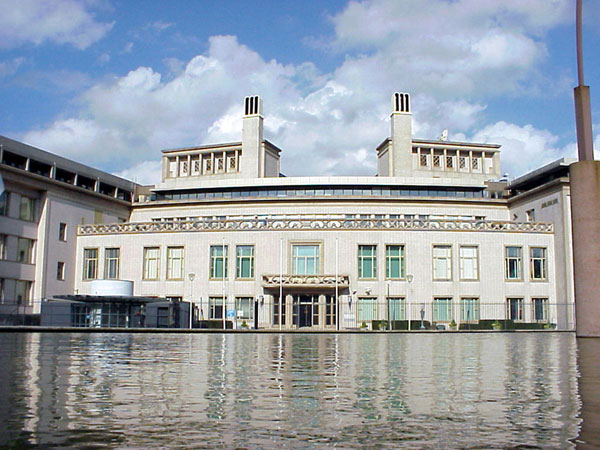 Under this activity, the CAHDI delegations take note of recent developments concerning international criminal tribunals.  These may include the appointment of new judges, the announcement of key judgments delivered or pending or changes in the mandate of the tribunals, in particular concerning the establishment of the International Residual Mechanism for Criminal Tribunals to finish the remaining tasks of the Tribunals for Rwanda (ICTR) and the Former Yugoslavia (ICTY).

Delegations also inform the committee about their respective states' co-operation with the tribunals, in particular in terms of their material and/or financial contributions and any co-operation agreements signed by them and one of the tribunals.

At its 5th meeting (Strasbourg, 16-17 March 1993), the CAHDI first considered the question of an international tribunal to judge war crimes in the former Yugoslavia.  The discussions were mainly based on UN Security Council Resolution 808 (1993) deciding that such a tribunal be established.

At its 6th meeting (Paris, 13-14 September 1993), the CAHDI resumed its consideration of the matter and discussed in particular the implementation of UN Security Council Resolution 827 (1993) approving the establishment of the tribunal and adopting its Statute.

At the 7th meeting (Strasbourg, 21-22 March 1994), CAHDI members agreed on the need for national implementation measures to enable the tribunals to operate and underlined that some states had introduced new legislation amending their criminal law to that end.

Established by UN Security Council Resolution 808 (1993), the International Criminal Tribunal for the former Yugoslavia has jurisdiction – pursuant to the provisions of its Statute adopted under Security Council Resolution 827 (1993) – to prosecute persons responsible for serious violations of international humanitarian law committed in the territory of the former Yugoslavia since 1991.

Under Articles 2 to 5 of the Tribunal's Statute, the crimes falling within the jurisdiction ratione materiae of the Tribunal are grave breaches of the 1949 Geneva Conventions of 1949, violations of the laws or customs of war, genocide and crimes against humanity.

Under Article 7 of its Statute, the jurisdiction ratione personae of the ICTY covers persons who planned, instigated, ordered, committed or otherwise aided and abetted in the planning, preparation or execution of a crime falling within the jurisdiction of the Tribunal.  The official position of any accused person, whether as Head of State or Government or as a responsible Government official, does not relieve such person of criminal responsibility.  Similarly, both subordinates and superiors may be held responsible for acts committed, as the responsibility of members of the one category does not exculpate those in the other.

The item on international criminal tribunals accordingly became "Implementation and functioning of the Tribunals established by United Nations Security Council Resolutions 827 (1993) and 955 (1994) and the Special Tribunal for Lebanon".

The Special Tribunal for Lebanon was established by Resolution 1664 (2006) of 29 March 2006 to try persons responsible for the terrorist attack of 14 February 2005 resulting in the death of former Lebanese Prime Minister Rafiq Hariri and in the death or injury of other persons.  Its jurisdiction extends to other terrorist attacks and those responsible for such attacks if they are connected with the attack of 14 February 2005.

Under Article 2 of the Statute of the Tribunal, the crimes falling within its jurisdiction ratione materiae are those covered by the provisions of the Lebanese Criminal Code "relating to the prosecution and punishment of acts of terrorism, crimes and offences against life and personal integrity, illicit associations and failure to report crimes and offences, including the rules regarding the material elements of a crime, criminal participation and conspiracy".

Under Article 3 of the Statute, the jurisdiction ratione personae of the Tribunal covers persons having committed, participated as accomplice, organised or directed others to commit (…) or contributed in any other way to the commission of the crime set forth (…) by a group of persons acting with a common purpose, where such contribution is intentional and is either made with the aim of furthering the general criminal activity or purpose of the group or in the knowledge of the intention of the group to commit the crime.

At the 8th meeting (Paris, 13-14 September 1994), the CAHDI agreed to include on its agenda the question of the possible establishment of an international tribunal to judge war crimes committed in Rwanda.

From the 9th meeting (Strasbourg, 21-22 March 1995), the establishment of the ICTR was taken into account on the agenda, which included an item on "Implementation and functioning of the International Tribunal established by UN Security Council Resolution 827 (1993) and of the Tribunal Established by Resolution 955 (1994)".

Established by UN Security Council Resolution 955 (1994), the International Criminal Tribunal for Rwanda has the power to prosecute persons responsible for genocide and other serious violations of international humanitarian law committed in the territory of Rwanda and Rwandan citizens responsible for genocide and other such violations committed in the territory of neighbouring states, between 1 January 1994 and 31 December 1994.

Under Articles 2 to 4 of its Statute, the crimes falling within the jurisdiction ratione materiae of the Tribunal are genocide, crimes against humanity and violations of Article 3 common to the 1949 Geneva Conventions and of Additional Protocol II to the Geneva Conventions of 1949.

Articles 5 and 6 set out the jurisdiction ratione personae of the ICTR, modelled on the ICTY.

At its 36th meeting (London, 7-8 October 2008), the CAHDI decided to include on its agenda the discussion of two new "hybrid" or "mixed" tribunals, the Special Court for Sierra Leone (SCSL) and the Extraordinary Chambers in the Courts of Cambodia.

Although established by Security Council Resolution 1315 (2000) on 14 August 2000, the Special Court for Sierra Leone was not officially set up until July 2002.  It is a "hybrid" or "mixed" tribunal based both on Sierra Leonean law and on international law and comprising national and international judges.

The SCSL has jurisdiction to prosecute persons who bear the greatest responsibility for serious violations of international humanitarian law and Sierra Leonean law committed in the territory of Sierra Leone since 30 November 1996, including those leaders who, in committing such crimes, have threatened the establishment of and implementation of the peace process in Sierra Leone.

Articles 1 and 6 set out the jurisdiction ratione personae of the Court, modelled on the ICTY and the ICTR.  A special feature of the Statute is found in Article 7, which provides that the Court has no jurisdiction over persons aged under 15 years at the time of the alleged crimes.

Extraordinary Chambers in the Courts of Cambodia (ECCC)

In 1997, the Cambodian government sought the assistance of the United Nations to bring to trial senior Khmer Rouge leaders.  In 2001, the Cambodian National Assembly passed a law establishing Extraordinary Chambers in the Courts of Cambodia.  In 2003, an agreement was concluded detailing how the international community would assist and participate in the Extraordinary Chambers, leading to the exercise of their judicial functions in 2007.

Under Article 1 of the law, the purpose of the Chambers is to bring to trial senior leaders of Democratic Kampuchea and those who were most responsible for the crimes and serious violations of Cambodian penal law, international humanitarian law and custom, and international conventions recognised by Cambodia, that were committed during the period from 17 April 1975 to 6 January 1979.

Article 2 of the law repeats the above and sets out the jurisdiction ratione personae of the Chambers.

Their jurisdiction ratione materiae is set out in Articles 3 to 8 and covers the crimes in the Cambodian Penal Code, genocide, crimes against humanity, grave breaches of the Geneva Conventions of 1949, the destruction of cultural property and crimes against internationally protected persons.