Group of experts on Conservation of Birds 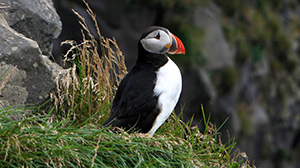 This Group monitors the compliance of Parties with the provisions related to bird conservation, including migratory birds, and informs the Committee on the progress in the implementation of the species action plans so far endorsed.

It further identifies other species requiring specific action plans and proposes measures that may be appropriate for the conservation of threatened birds. Among its priorities, the Group of Expert is leading European work against illegal killing, trapping and trade of wild birds.

3rd Meeting of the Special Focal Points for Illegal killing, trapping and trade of wild birds

2nd Meeting of the Special focal points for Illegal Killing, Trapping and Trade of Wild Birds

The issue of illegal killing, trapping and trading of birds, particularly in Mediterranean Parties has been regularly on the Agenda of the meetings of the Standing Committee to the Bern convention in the past twenty years. (photo © VVS-archives)

At its 30th meeting, in December 2010, the Standing Committee concluded that illegal killing of birds was still carried out, and in some Contracting Parties it was a growing phenomenon; it realised that the implementation of national legislation was often weak; that the issue also involved other transversal aspects like the transit of the killed and captured birds through third countries, the difficulty to identify the illegally killed species; the capture of endangered species; the need for countries to co-operate and to work with nature conservation NGOs; the need for proper enforcement with appropriate penalties at all levels.

Expressing its deep concern on the extent and negative trends of illegal killing, trapping and trading of birds in the European continent, the Bern convention promoted the organisation of the first "European Conference on illegal killing of birds", held in Larnaca, Cyprus, on 6-8 July 2011.

The Conference delivered the “Larnaca Declaration”, and a draft Recommendation which the Standing Committee adopted at its 31st meeting in 2011 under the reference: Recommendation No. 155 (2011) on the illegal killing, trapping and trade of wild birds.

The key message of the Larnaca conference was “Zero tolerance toward illegal killing of birds”, and the event had the merit to set a pan-European vision to tackle the issue at stake.

The Standing Committee decided to organise a Second Conference, in two years’ time, to monitor progress of Parties towards the eradication of illegal killing, trapping and trade of birds.

The 2nd Conference on Illegal killing, trapping and trade of birds took place in Tunis on 29-30 May 2013 and was foreseen in the framework of the Bern convention/CMS Week on the Conservation of Birds.

The Conference achieved to make a step forward in addressing these matters, moving from the vision set in Larnaca to the concrete implementation until 2020. In fact, after examining a detailed assessment report produced by BirdLife International on behalf of the convention, participants identified both areas where progress was clear and evident, as well as issues where the progress is still low. This is particularly the case for instance for enforcement of legislation, and the awareness and education aspects, both dealing with prevention and which should therefore be seen as key elements of the eradication process.

Three working groups met during the Conference for building on these conclusions and preparing the so-called “Tunis Action Plan for the eradication of illegal killing, trapping and trade of wild birds, 2013-2020”, finally adopted by the Standing Committee at its 33rd session.

The concrete implementation of the Tunis Action Plan is now the responsibility of the Parties, but receives the support and contribution of other Multilateral Environmental Agreements, the European Union, INTERPOL, BirdLife International and the FACE. The progress in the eradication progress is monitored by the Bern convention’s Group of experts on the Conservation of birds, as well as by the restricted Select Group of experts, made up of Special National Focal Point for illegal killing of birds.

Shaping up the post-2020 IKB Strategy - replies to the questionnaire