Group of Experts on the Conservation of Plants - Mushrooms 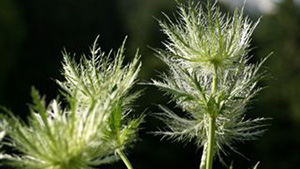 The Bern Convention Group of Experts on Plant Conservation was created in 1990. The Group elaborated and consequently monitors the implementation of guidelines and action plans for some target species. Many recommendations originated from this work and were adopted by the Standing Committee to the Bern convention.

2001 marked the year when the European Strategy on Plant Conservation was launched by both the Council of Europe and the Planta Europa network, as a symbol of co-operation between both organisations, thus streamlining their synergies. The objective of such actions is to provide a European framework for the development of dedicated work to halt the loss of plant diversity in Europe.

The Group of Experts also deals with fungi, as under the Bern Convention they are no longer treated as an obscure subset of "lower plants", but recognised as their own kingdom with an extraordinary diversity. Fungi are one of the most species-rich groups of organisms in Europe, with at least 75,000 species. The Council of Europe supported the conservation of the European macrofungi and of its large component of biodiversity in a few conservation actions on the national and European level. Moreover, the Standing Committee adopted Guidance for Conservation of Large Fungi in Europe, and a Charter on Fungi gathering and biodiversity.

In 2021, the Bern Convention in collaboration with Planta Europa and Plantlife launched "A Review of European progress towards the Global Strategy for Plant Conservation”, an important text analysing the last ten years of efforts towards better flora conservation across Europe.