Speaking European - our languages, ourselves 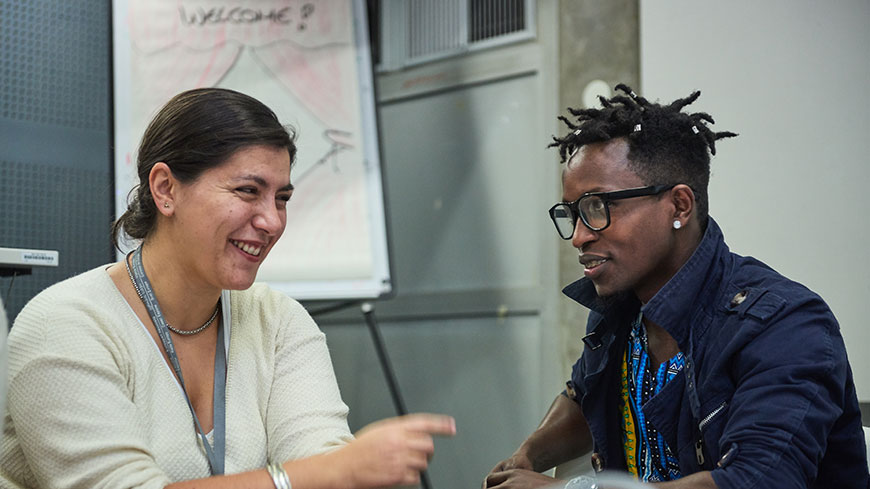 From a baby's first words to the greatest literature, our ability to connect and express ourselves through language is an essential part of our humanity. Without words, how can we express our feelings, care for our families and loved ones, build prosperous and fair societies, or fight for our rights?

Our mother tongue is part of our identity, and our right to express ourselves in that language is a human right. It's something that is easily taken for granted, but imagine your language is dying out, or that you live in a conflict zone where speaking your mother tongue out loud could bring trouble, or that you are newly arrived in a strange land where your hope of making a living depends on learning a new language, and quickly.

With around 360 million native speakers and double that of second language speakers, English is the world's most spoken language. It's the language of the sky, that all pilots us to communicate.

And what if you just want to explore the world, make new friends, advance your career, dive into other cultures or age-proof your brain? Then you need the opportunity to learn other languages, travel freely to other countries and mix with people of other cultures.

No wonder languages figure so strongly in our work to create a Europe that respects human rights, democracy and fairness.

With around 480 million speakers, Spanish is the world’s second most spoken language, and possibly the easiest to learn, with experts reckoning it takes just 22 weeks to get general proficiency .

The Council of Europe has always championed people's right to learn other languages. With its European Centre for Modern Languages in Graz, Austria it leads the field in promoting quality language learning, and its Common European Framework of Reference for Languages is the definitive tool that measures levels of language proficiency and tracks learners' progress, used not only in Europe but throughout the world. It even has a tool for you to test your own language skills in the European Language Portfolio.

How good are your language skills? Test yourself here with the European Language Portfolio.

Russian is the eighth most spoken language with an estimated 155 million speakers. You need to learn it if you want to be an astronaut.

But imagine you live in the north of Sweden, Norway and Finland: your mother tongue is Saami, and you might even be one of only 20 speakers of Pite Saami left in the world, or that your language was forbidden by an undemocratic state for many years, and you are fighting to revive it. Those lesser spoken languages receive special protection thanks to the European Charter for Regional or Minority Languages , giving speakers that right to use them at home and in public, and reviving many traditions that were on the brink of extinction.

German is the most spoken language in the European Union, with around 100 million speakers.

With a world in flux, the Council of Europe has to adapt to changing times and new challenges. As migrants and refugees arrive in Europe from other parts of the world, we are working to integrate them into their new homes, and language learning is an essential element. That is where our Toolkit to Support Adult Refugees comes in, equipping governments with the best means to help new arrivals.

Just over half the people living in the European Union can converse in two languages and about a quarter can manage three.

And finally, why not celebrate the wealth of language and the way it helps us grow together? That we do, each year, with the European Day of Languages, giving everyone the chance to share and enjoy the richness of Europe's linguistic heritage.