14:30 - 16:00 Meeting for networks interested in the “Cultural Route of the Council of Europe” certification (by invitation only)

Awarded by Bogdan Gheorghe TRIF, Minister of Tourism of Romania and Snežana SAMARDŽIĆ-MARKOVIĆ, Director General of Democracy, Council of Europe

08:30 Buses for all participants from Sibiu to Cisnădie (buses in front of the Continental Hotel, Piața Unirii 10)

08:30 Registration of the participants (continued)

Cultural Tourism – Opportunities and Trends: A Trans-national European Perspective
Cultural tourism is an important activity and ambition for many of the Cultural Routes and indeed across all European States. It is a growing market segment and is based upon the rich and diverse tangible and intangible cultural heritage that exists throughout Europe, not only in the well-known cities but in many urban and rural areas and communities. This session provides a pan-European perspective of the trends, frameworks and opportunities that exist for cultural tourism provided by some of the key organisations involved.

Cultural Tourism – Perspectives from EPA Member States and National Tourism Authorities
Cultural tourism is now firmly part of national tourism policies and development strategies. Ministries of Culture, Ministries of Tourism along with National Tourism Boards are important allies for the Cultural Routes of Europe and are particularly able to assist with overseas marketing through an increasing array of media. This session focuses on the role of State organisations and the ways in which they can assist Cultural Routes to be important assets in their cultural tourism promotional activities.

13:00 - 14:30 Networking lunch
Meeting lunch for the Cultural Routes of the Council of Europe

The Cultural Routes have been active in developing cultural tourism programmes and products that not only encourage greater European and international engagement with their themes but that also seek to benefit local and regional economies. As part of cultural tourism development Routes have developed a destination management approach, founded on collaboration and partnership across involving both the public and the private sector. This session will share practices from both the Routes and the destination management organisations involved.

Developing Partnerships and Ideas for Cultural Tourism Development for Cultural Routes
Cultural tourism is built upon creative partnerships and collaboration across the public and private sectors. By working with others and through the cross-national and cross-cultural dialogue that is at the heart of the Routes Programme new ideas are generated. Continuing the theme of partnership, we hear from organisations that can work with the Cultural Routes in the development of cultural tourism.

17:45 - 18:15 Cultural routes projects interested in the certification “Cultural Routes of the Council of Europe”

The Cultural Routes of the Council of Europe Programme continues to expand, attracting diverse themes based on trans-national narratives. Here we hear from potential candidates and their proposals.

19:30 Buses for all participants to the Gala Dinner destination

Purcari wine tasting from the Republic of Moldova

Cultural Routes of the Council of Europe ITB side meeting (by invitation only), Continental Hotel Sibiu, Piața Unirii 10 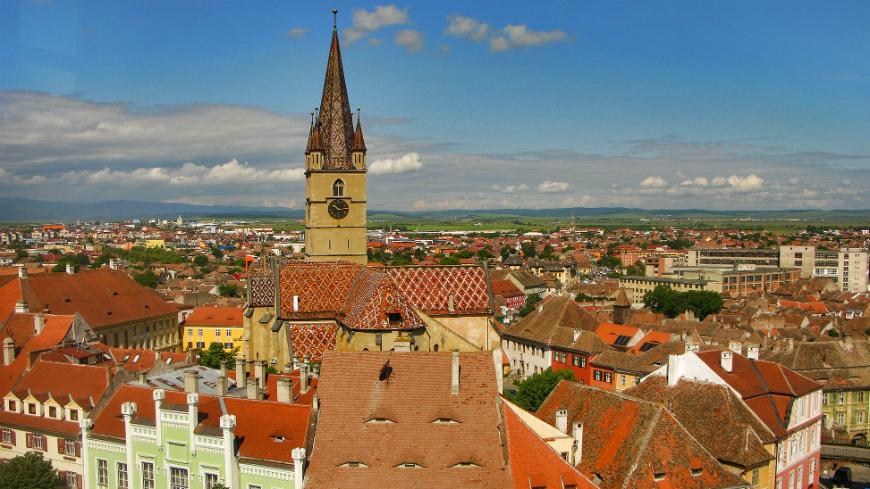