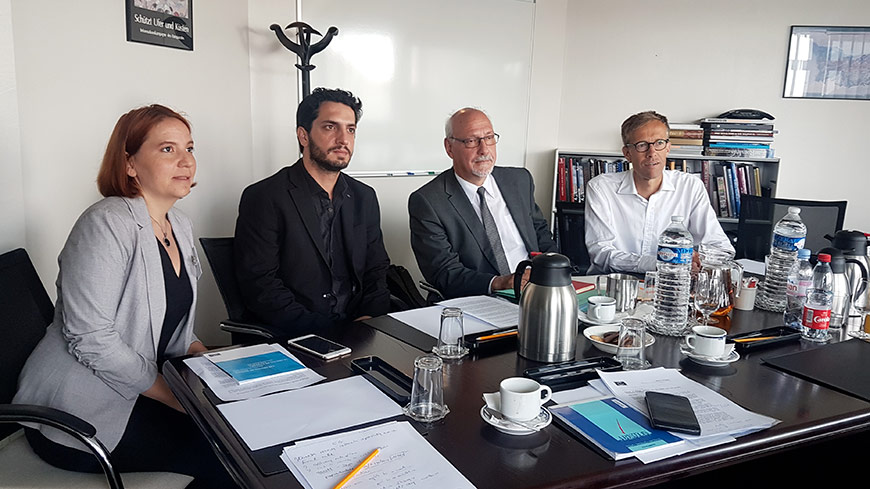 Representatives of the Council of Europe and the Turkish Media and Law Studies Association (MLSA) have met in Strasbourg today for an exchange of views regarding the situation in Turkey and the involvement of the European Court of Human Rights (ECtHR).

The MLSA is a Turkish non-profit, pro-democracy NGO (registered as Medya ve Hukuk Çalışmaları Derneği) founded in late 2017. The MLSA has recently organised events with media and human rights lawyers at which decisions from the ECtHR regarding Turkey were discussed.

The purpose of the meeting was to reach a better mutual understanding of the concerns of Turkish human rights defenders, on one hand, and the rule of law principles of the Council of Europe and the ECtHR on the other. The exchange was detailed, substantive and fruitful.

The Council of Europe is aware of a common perception among NGOs that the ECtHR is not giving adequate attention to human rights issues in Turkey, but believes this is based on a lack of information and misconceptions.

The Council of Europe emphasised the importance of the independence of the ECtHR (including with regard to the timing of its decisions) and the principle of subsidiarity – in particular Article 35 §1 of the European Convention on Human Rights, which stipulates that the ECtHR may only deal with cases after all national legal remedies have been exhausted. The ECtHR cannot intervene on the basis of general concerns and perceptions – however widespread they may be – but takes decisions based on the legal evidence put before it in each specific case it considers.

Council of Europe and the ECtHR are monitoring the situation in Turkey closely. The ECtHR reserves the right to examine the effectiveness of national legal remedies in the light of developments, in particular as regards the authority of judgments by the Turkish Constitutional Court over lower courts.