The sixth edition of the Euro-Arab Youth Forum was hosted by the Ministry of Youth and Sports in the Kingdom of Morocco in April 2017. The 6 Arab-European Youth Forum  mobilised young people and youth organisations from Arab and European regions to engage in dialogue and cooperation against violent extremism and hate speech.

The 6th forum reflected the current concerns shared by young people in both regions, notably:

It capitalised, among others, on the dynamics of the Council of Europe No Hate Speech Movement campaign, which was also being implemented in Morocco, and on the League of Arab States campaign against violent extremism which it seeks to strengthen. For the Council of Europe’s Youth for Democracy programme, the forum supported young people’s role in building peaceful and cohesive societies by engaging in intercultural dialogue.

About the Arab-European Youth Fora

Throughout  nearly  10  years,  the  Euro-Arab  Youth fora  have  established  themselves  as  a  central activity for young people from both the Council of Europe and the League of Arab States to 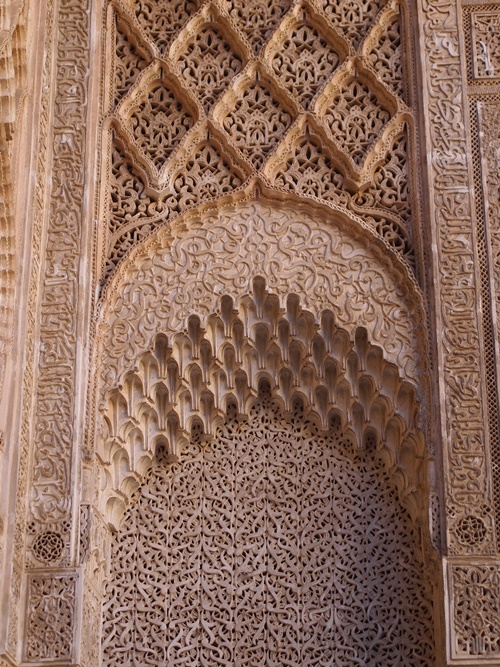 engage in   dialogue  and, together,   identify   common   points   for   action   by   themselves,   their   youth organisations and the two cooperating international organisations. Read more about the Euro-Arab cooperation.

The  5 Euro-Arab  Youth  Forum  was  held  in September  2015 at  the  European  Youth  Centre  in Strasbourg, under the theme “Learning and Practicing Citizenship”.

The Strasbourg Message summarises the expectations and conclusions of the participants in relation to the cooperation:

“As  young  people  from  the  European  and  Arab  regions,  we  are  facing  a  number  of  related concerns.  In  many  countries  in  the  regions  the  space  for  civil  society  is  shrinking,  there  is poor access to social rights, corruption is rampant and governments are not accountable to their  citizens.  As  regards  inclusive  and  diverse  societies,  member  states  should  ensure participation for all  - including all genders, nationals and non - nationals, and minorities. European  and  Arab young  people  together  with  the  Council  of  Europe  and  the  League  of Arab  States  need  to  tackle  these  important  issues  that  limit  the  fulfillment  of  citizenship, participation and freedom of expression.”

The  forum  respects  the  principles  of  co-management in place in the youth sector of the Council of Europe, notably though the involvement  of the Advisory Council on Youth and of the European Steering Committee on Youth. The  European  Youth  Forum is  an  institutional  partner  for  the  Council  of  Europe  in  these  activities. The European Youth Forum associates European youth organisations to this process, as exemplified in the pioneering work of the Euro– Arab Coordination Meeting for Youth Organizations.

The 6 Arab-European Youth Forum will mobilise young people and youth organisations from Arab and European regions to engage in dialogue and cooperation against violent extremism and hate speech.

It has the following objectives:

The most important expected outcome will be the results of the contacts, exchanges, debates and projects between the youth leaders attending the forum. The conclusions of the forum will be collected in a document gathering the conclusions issued by the working groups of the forum and indicate pathways for future Arab-European youth cooperation by the co-organisers and partners until the next edition of the forum.

The forum is prepared for youth leaders and youth workers resident in member states of the League  of Arab States or the Council of Europe. All participants have a  demonstrated  experience  in  civil  society  and  youth  work,  including youth  workers, educators, activists, artists, and researchers.

In addition participants should be actively interested in the forum aims and themes and in following up of the forum within their organisations. Also they should be  active  or  interested  in  the  campaigns  of  the  Council  of  Europe  and  the  League  of  Arab States against hate speech and violent extremism

The co-organisers aim to select and invite:

The   selection   will   respect   an   equal   number   of male   and   female   participants from   each  country/region. Participants   from  Morocco  and,  especially,  Fez  will be  especially  invited  and welcome.