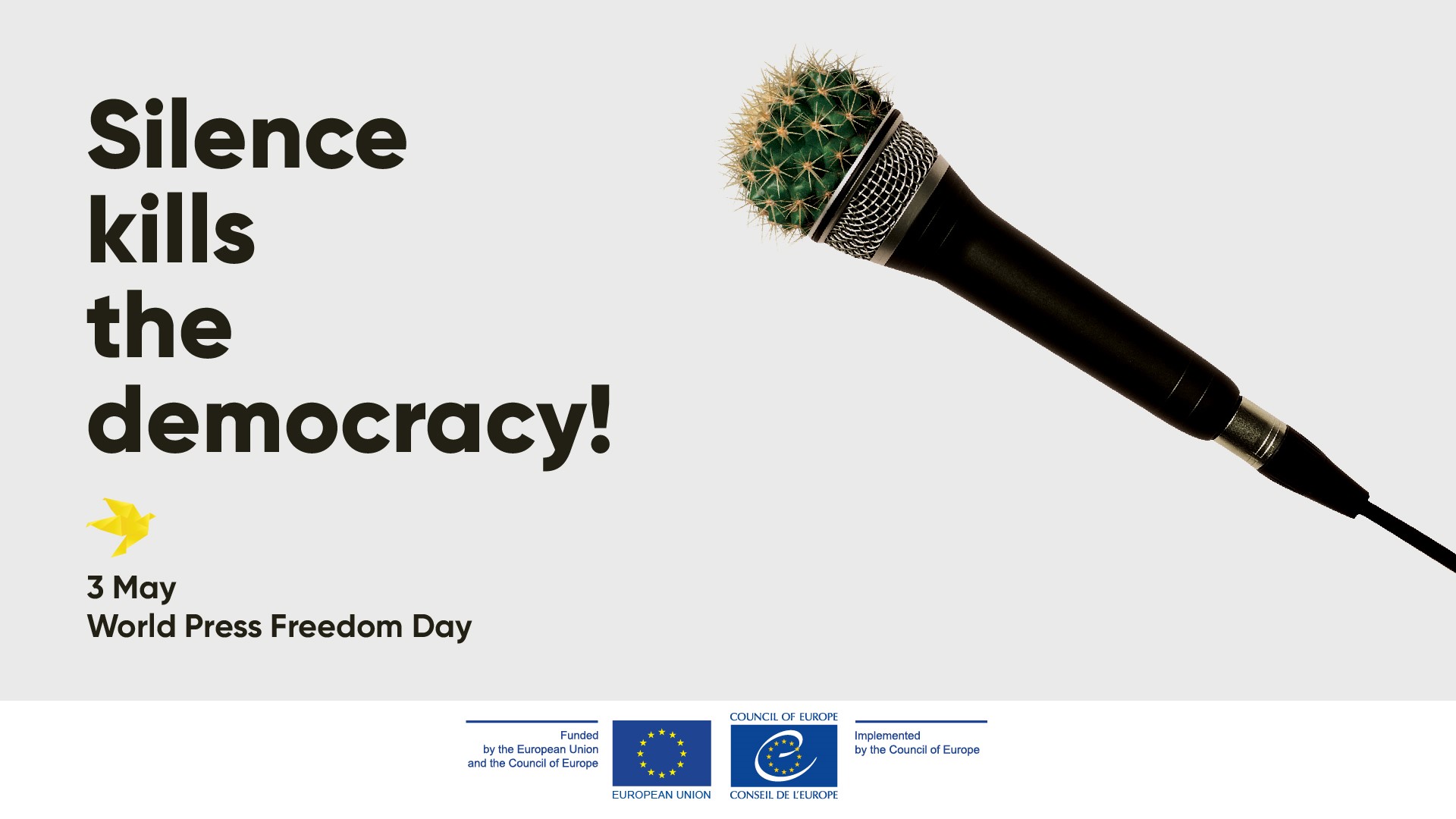 A free, diverse and responsible press is a core element of any functioning democracy. May 3rd, the World Press Freedom Day, acts as a reminder to governments of the need to respect their commitment to freedom of the press and the media.

It is a day of reflection among journalists and other media actors about their challenges to guarantee press freedom but also to ensure professional and ethical journalism. Equally important, World Press Freedom Day is a day to show our support for those media, which are targets of the restraint, or elimination, in their struggle to achieve press freedom. It is also a day of tribute for those journalists who suffered threats, attacks and for the ones who lost their lives in the pursuit of a story. This is a reminder that silence actually kills the democracy!

The challenges of the media environment have assumed new dimensions with the COVID-19 outbreak. Considering the fact that the world is living in a ‘pandemic time’ for more than a year now, it is of outmost importance that we seek measures to effectively respond to the crises but not to undermine Europe’s founding values of democracy, rule of law and human rights. To that end, the Council of Europe’s Committee of experts on media environment and reform (MSI-REF) has issued a Statement on freedom of expression and information in times of crisis underlining the role of reliable journalism and independent media, as well as unrestricted access to information, in providing accurate and reliable news and information, and countering rumours and disinformation. The document states: “Freedom of expression, media independence and open deliberation, rather than information control, are the core principles underlying European democracy which will allow us to surmount the great challenges facing our countries.”

In this context, the Commissioner for Human Rights, Dunja Mijatović has also emphasised that “Press freedom must not be undermined by measures to counter disinformation about COVID-19” and measures to combat disinformation must never prevent journalists and media actors from carrying out their work or lead to content being unduly blocked on the Internet. In the efforts to address such challenges, a dedicated web-page on Media in times of a health crisis was created providing relevant Council of Europe guidelines and information on how to advance freedom of expression in times of crisis.

JUFREX 2 is part of the joint European Union and Council of Europe programme “Horizontal Facility for the Western Balkans and Turkey II”, that enables the beneficiaries to meet their reform agendas in the fields of human rights, rule of law and democracy and to comply with the European standards, including where relevant within the framework of the EU enlargement process.