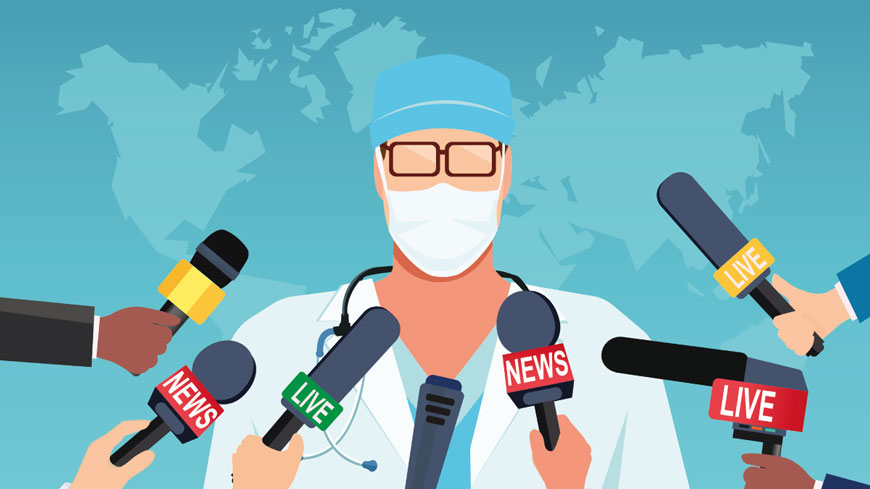 “The global health problems caused by COVID-19 require effective measures to protect people’s health and lives. This includes combating disinformation that may cause panic and social unrest. Regrettably some governments are using this imperative as a pretext to introduce disproportionate restrictions to press freedom; this is a counterproductive approach that must stop.  Particularly in times of crisis, we need to protect our precious liberties and rights,” said Council of Europe Commissioner for Human Rights, Dunja Mijatović.

“In the past weeks, parliaments, governments and local authorities have adopted legislation, decrees or decisions that clearly risk hampering the work of journalists and media actors and restricting the public’s right to receive information.

Journalists covering the pandemic in Hungary and the Russian Federation are facing a variety of sanctions, including the risk, under new laws, of prison terms of up to five years for spreading “false information”, while in Azerbaijan, recent amendments impose an obligation on owners of internet news outlets to prevent the dissemination of “harmful information” online. In Romania, a decree allows the authorities to remove content and block websites where this content provides “false information” regarding the evolution of COVID-19 and prevention measures, without the possibility to appeal against the decision. In Bosnia and Herzegovina, decrees and legislative proposals aimed at punishing the circulation of information that can cause panic run the risk of limiting the work of journalists and freedom of expression on social media platforms. Finally, in Armenia, a number of newspapers and websites had to delete some information, following the adoption of strict rules prohibiting the publication of information of a medical and epidemiological nature about the virus outbreak which is not fully consistent with official sources.

Access to information is also a collateral victim of the measures governments are taking to face the pandemic. However, as indicated in the recent Joint statement by international experts, journalism serves a crucial function during a public health emergency. Despite the fact that timely information is essential for the public to understand the danger and adopt measures at a personal level to protect themselves, the filtering of information and delays in responses to freedom of information requests have been observed in several member states. In the Czech Republic, Serbia and Italy, there have been reports of cases of journalists who were prevented from attending press conferences, obtaining information from health authorities or documenting the operations of law enforcement officials.

It is also of the utmost importance that journalists are able to work under safe conditions, without fear of being harassed or attacked, as stressed in the Recommendation (2016)4 of the Committee of Ministers on the protection of journalism and safety of journalists and other media actors. However, in Turkey, several journalists were detained in reprisal for their reporting on COVID-19. In Slovenia, a journalist who filed an information request about the measures adopted by the government to face the pandemic has been the target of a smear campaign by media close to the political party leading the government coalition.

There is no doubt that governments are facing unprecedented challenges during this pandemic. This cannot however be an excuse to clamp down on the press and thus restrict people’s access to information. Journalists and media actors carry out indispensable work that serves the public good. Their work must be protected, not undermined.

I therefore urge all Council of Europe member states to preserve press and media freedom and ensure that measures to combat disinformation are necessary, proportionate and subject to regular oversight, including by Parliament and national human rights institutions. Measures to combat disinformation must never prevent journalists and media actors from carrying out their work or lead to content being unduly blocked on the Internet. Those countries which have introduced restrictions that do not meet these standards must repeal them as a matter of urgency.”