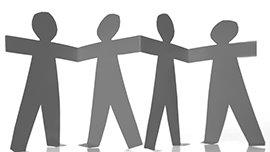 The Council of Europe’s work benefits extensively from contacts and co-operation with the dynamic elements of society, as represented by NGOs. One of the main challenges currently facing the Organisation is to strengthen NGOs and civil society in the new member states and to develop participatory democracy on a pan-European basis. The Council of Europe’s co-operation programmes rely on partner NGOs and focus on democratic reform.

The Conference of INGOs of the Council of Europe

INGOs have been able to acquire consultative status with the organisation since 1952. In November 2003, this was upgraded to participatory status for international NGOs, recognising their significance in Council of Europe policy making. This status is governed by Committee of Ministers’ Resolution (2003)8. INGOs wishing to obtain such status must be particularly representative in the field(s) of their competence; they must share the Council’s objectives for Europe and contribute actively to its work. To date, approximately 370 INGOs hold such status.  They form the Conference of INGOs of the Council of Europe, which meets once a year to decide on general lines of action.

A Liaison Committee elected by the Conference, meets regularly, promoting permanent dialogue and co-operation between the Council’s Secretariat and the INGOs.

It maintains close contact with the Council’s political bodies – the Committee of Ministers, the Parliamentary Assembly and the Congress of Local and Regional Authorities. The President of the Conference of INGOs is regularly invited to exchange views with the Committee of Ministers.  Early in 2003, the INGOs organised a joint conference with the Congress on “NGOs and local and regional democracy”, which led to follow-up work in the Congress. At present, the international NGOs are preparing a joint event with the Parliamentary Assembly “For a Social Europe – Fight against Exclusions”.

INGOs with participatory status have also set up ten thematic Groupings which meet three times a year during the sessions of the Parliamentary Assembly (Human Rights, Gender Equality, European Social Charter and Social Policies, Extreme Poverty and Social Cohesion, Education and Culture, Civil Society and Democracy in Europe, Health, Countryside and Environment, Towns, North-South Dialogue and Solidarity). The Groupings maintain a regular dialogue with Council of Europe representatives, receiving first hand information on the Council’s activities and contributing their collective know-how to their implementation. Recent examples include the co-operation between the Human Rights Grouping and the Council of Europe’s Commissioner for Human Rights on the role of national human rights institutions or the mobilisation of the Education and Culture Grouping in support of the European Year of Citizenship through Education 2005.

Co-operation with INGOs takes many forms, from simple consultation to full-scale co-operation on specific projects. INGO experts may participate in various projects as consultants; they may contribute to the work of intergovernmental committees on an institutionalized or ad-hoc basis, prepare memoranda for the Secretary General, make oral or written statements to the committees of the Parliamentary Assembly and the Congress of Local and Regional Authorities and address seminars and other meetings organised by the Council of Europe. The Conference of European Ministers responsible for Mass Media Policy in Kyiv in March 2005 was preceded by an NGO Forum. The NGOs reported their findings to the Ministerial Conference. INGOs enjoying participatory status also disseminate  information about the Council of Europe’s aims and activities among their constituencies.

Following its enlargement in 1990, the Council of Europe developed a large number of co-operation and assistance activities to promote its norms and standards in applicant and new member states.  Many of these activities involve professional associations and national NGOs in order to strengthen civil society and reflect its progress in the new democracies.

This strategy encourages various sectors of civil society to take an active part in strengthening pluralist democracy in their own countries and to contribute to mutual understanding and reconciliation in those parts of Europe that have been affected by conflicts. It is based on complementary actions by NGOs and the Council of Europe and is supported by the Conference of INGOs of the Council of Europe.

Support for Civil Society Initiatives focuses on reinforcing the role of NGOs in a pluralist democracy, by increasing dialogue and co-operation on policy making between NGOs and public authorities and strengthening democratic accountability and transparency by involving civil society in political processes. These activities are carried out in co-operation with local NGO partners or the Council of Europe’s Information Offices on the spot. Training seminars have been held in all new member and applicant states since 1990. These Civil Society Initiatives focus inter alia on interaction between NGOs and (local) authorities and on  inter-community and inter-religious dialogue. Current geographic priorities include South-East Europe, the South Caucasus, Belarus, Cyprus, Moldova and the Russian Federation.

The objective of the Democratic Leadership Programme (DLP) is to develop the political competence and skills of young politicians, journalists and NGO leaders (aged 18 to 27). The programme also aims to build trust between young leaders from different societies and ethnic communities. The Council supports the network created by personal relationships and co-operation in organising joint projects  and offers follow-up training courses and support. The Programme is an important element in the Council's programmes for strengthening civil society and participatory democracy and is a means of enhancing the younger generations' commitment to democracy, human rights and the rule of law, promoting democratic stability nationally, regionally in a wider European context. By way of example, we should mention the two recent DLP introductory seminars on conflict-management and leadership skills for a Turkish group and for a group from Ukraine and Belarus.
DLP alumni come from 16 different countries. The network is particularly well developed in South-East Europe and also in the South Caucasus.

The Schools of Political Studies are civil society initiatives. This is network of schools throughout central and eastern Europe, to promote European values among a new generation of leaders. They provide further training and development in democratic practice, human rights and the rule of law for young executives and decision-makers. The Schools of Political Studies are flexible “schools without walls”, offering a series of one-week seminars in the country concerned, with closing seminars at the Council of Europe in Strasbourg. The Schools' curricula cover all aspects of running a pluralist, democratic, free-market society – standing for election, combating corruption, conflict management and developing independent, pluralist media. They emphasise the practical aspects of democracy, so the teaching panel comprises people with specific responsibilities in democratic institutions, locally, regionally, nationally and internationally, as well as academics and heads of NGOs. Participants in the Schools of Political Studies are young political leaders (MPs, members of regional and local bodies), judges, lawyers, journalists, businessmen/women and civil activists who are already involved in public affairs and would like to extend their knowledge and experience. They are, on average, below 35.

The first School was founded in Moscow in 1993, the second in Tblisi (Georgia). In 2002, the Council of Europe joined local civil partners in establishing a network of Schools of Political Studies in South-East Europe; at present there are Schools in Belgrade, Chisinau, Pristina, Sarajevo, Skopje, Sofia, Zagreb, Podgorica, Bucharest and Tirana.

Involvement of NGOs in the implementation of the Council of Europe’s programme of activities goes well beyond the initiatives aimed at strengthening civil society described above:

The Council of Europe’s standard setting work extends to national and international NGOs alike. The European Convention on the Recognition of the Legal Personality of International Non-Governmental Organisations of 1986 (Convention 124) is to date the only legally binding international instrument on this subjects. To date it has been ratified by 9 member states (Austria, Belgium, France, Greece, Portugal, Slovenia, Switzerland, “the former Yugoslav Republic of Macedonia” and the United Kingdom) and signed by two more, Cyprus and the Netherlands.

A group of the Council’s experts at the Directorate General of Legal Affairs has approved the Fundamental Principles on the Status of NGOs in Europe in July 2002. They address topics such as the legal personality of NGOs, their statutes, management, fund raising, transparency and accountability. These principles complement Convention 124 and provide guidance to states that are currently reforming their legislation on NGOs and they contribute to the harmonisation of European legal systems in this area. Experts nominated by the Liaison Committee of international NGOs enjoying participatory status with the Council of Europe were associated with this work.

In addition, the Council of Europe offers expert assistance in the field of NGO legislation to interested member states’ governments.

Visit the INGOs of the Council of Europe's website