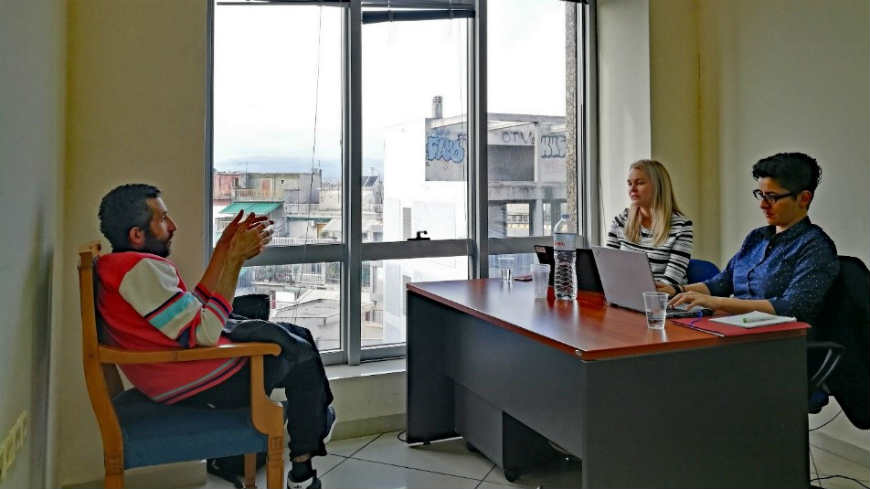 Two evaluation sessions of the European Qualifications Passport for Refugees (EQPR) were held in Athens and in Bari, Italy in the autumn.

In Athens, 35 refugees had their qualifications assessed by Credential evaluators from the European National Information Centres (ENICs) of Canada, Germany, Greece and Norway who conducted 18 on-site interviews and 17 online interviews. One of the applicants residing in Greece since 2016 with his wife and children requested that his degree in nursing from the Intermediate Health Institute in Syria be assessed. He is currently working as an interpreter and mediator with NGOs in the Thessaloniki area and he would like to find a job related to the field of his studies. Another applicant, also with a degree in nursing, hoped to receive an EQPR as she wished to continue her profession and, in this way, contribute to the Greek society. 32 EQPRs were issued at the end of the session.

In Bari, 49 refugees participated in an evaluation session conducted by Credential evaluators from the European National Information Centres (ENICs) of Armenia, Canada, France, Germany, Greece and Italy. 36 interviews were conducted online and 13 interviews were held on-site. A candidate from Gambia currently living in Rome expressed his wish to continue his studies. Advised by the university where he is currently attending classes at the Department of Political Science to apply for an EQPR, he hoped to receive an EQPR to enrol as a student with the right to take exams and continue his 3-year programme. Another candidate from Nigeria with a degree in banking also wished to continue her studies and receive an EQPR to enrol in a local university pursuing a master’s degree in finance. 42 EQPRs were issued as a result of this session.

The EQPR helps refugees to rebuild their lives in their host countries by giving them the opportunity to have their qualifications assessed even when they cannot provide a complete documentation to prove that they hold such qualifications. In this way, the EQPR supports the implementation of the Article VII of the Lisbon Recognition Convention facilitating the recognition of refugees’ qualifications even in the absence of full documentation. The EQPR is also part of the Council of Europe Action plan on Protecting Refugee and Migrant Children in Europe.

In total, since the beginning of the project, 543 refugees have been interviewed and 454 qualification passports have been issued.