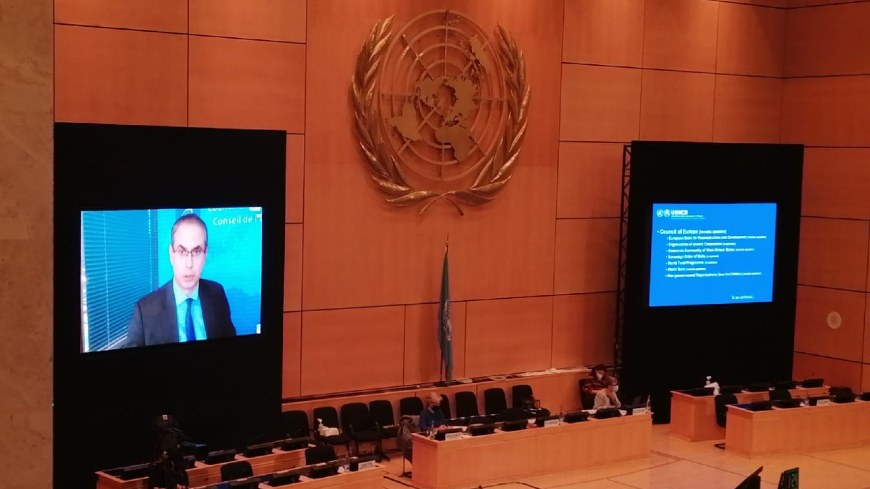 The Special Representative of the Secretary General on Migration and Refugees, Drahoslav Štefánek, has represented the Council of Europe at the 71st session of the Executive Committee of the High Commissioner’s Programme in Geneva. In his speech, he emphasised that the Council of Europe is engaged in all efforts aiming at strengthening the protection of human rights and ensuring the effective enjoyment of basic rights by the most vulnerable. He also highlighted the importance of the European Court of Human Rights and its jurisprudence. He referred to the principle of non-refoulement which is a cornerstone of not only international refugee and human rights law, but also at the heart of the European Convention of Human Rights.

He added that he was preparing a new action plan, aimed at helping vulnerable groups, including children, refugee women, pregnant women, victims of human trafficking, victims of violence including sexual violence and elderly persons. Any new action should take into account the Covid-19 pandemic, which has made the vulnerable even more vulnerable, Ambassador Štefánek said.

As well making a speech he also had a series of meetings, including with IOM Director General António Vitorino, and UNHCR Assistant High Commissioner for Protection Gillian Triggs.