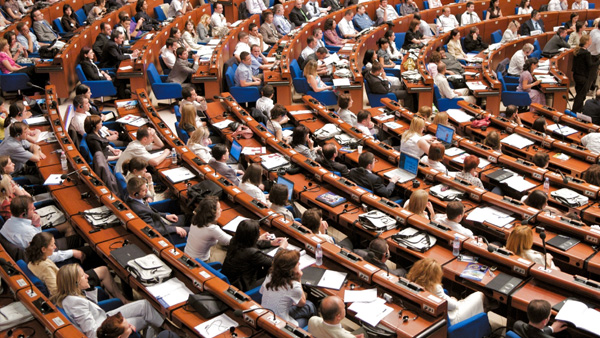 The Parliamentary Assembly has set up nine general committees that prepare the reports and follow the state of human rights, democracy and rule of law in the member states in their area of focus.

The Committee on Equality and Non-Discrimination has been a key partner of the campaign and addresses a wide range of topics also covered by the campaign, including anti-Gypsyism, homo-, bi-, and transphobia, racial discrimination and gender equality. The PACE’s General Rapporteur on combating against racism and intolerance, Ms Gabriela Heinrich, is also the coordinator of the No Hate Parliamentary Alliance.

The Committee on Culture, Science, Education and Media has been a close partner in the work of the Youth Sector of the Council of Europe and supporter of the work on human rights education and media literacy, particularly through its Sub-committee on Education, Youth and Sport.

The Committee on Migration, Refugees and Displaced Persons has been involved in the youth sector's work with young refugees and its work on the rights of migrants and their integration forms the basis of the work of the campaign against hate speech targeting refugees and asylum seekers.

Members of the Parliamentary Assembly set up the No Hate Parliamentary Alliance in 2015 and support the No Hate Speech Movement campaign since its inception in 2013. The Assembly has also spoken out for the adoption of 22 July as a European Day for the Victims of Hate Crime.

The Assembly held its first session in Strasbourg on 10 August 1949, and can be considered the oldest international parliamentary assembly with a pluralistic composition of democratically elected members of parliament established on the basis of an intergovernmental treaty.

The No Hate Parliamentary Alliance

The No Hate Parliamentary Alliance is an alliance of parliamentarians of the Council of Europe Parliamentary Assembly who commit to taking an open, firm and proactive stance against all forms of racism, hatred and intolerance, on whatever grounds. 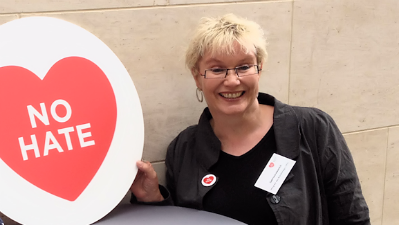 Gabriela Heinrich (Germany, SOC), General Rapporteur on combating racism and intolerance, and Coordinator of the Alliance