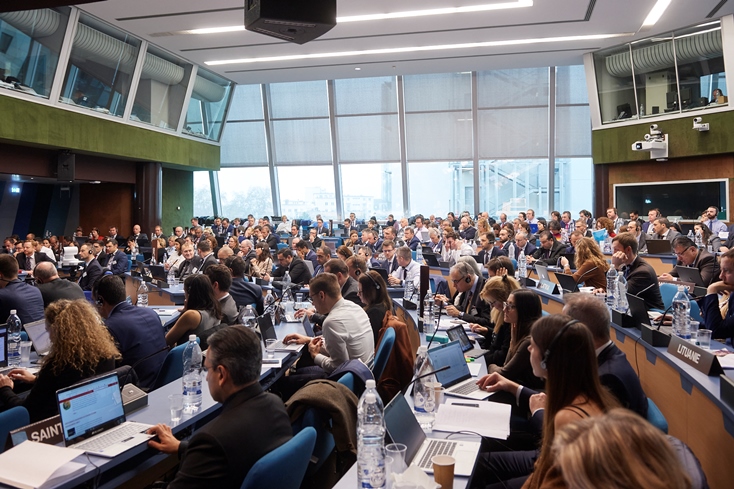 The Committee of Experts on the Evaluation of Anti-Money Laundering Measures and the Financing of Terrorism (MONEYVAL) held its 59th Plenary meeting in Strasbourg from 2 to 6 December 2019. 320 participants from MONEYVAL’s 36 member states and jurisdictions (as well as observer states and organisations) attended the Plenary.

At its opening, the Plenary heard a key address by Mr Marcus Pleyer, Vice-President of the Financial Action Task Force (FATF). Moreover, the Committee adopted its anti-money laundering and counter-terrorist financing strategy for the period 2020-2022.

MONEYVAL completed the mutual evaluations of the British Overseas Territory of Gibraltar and Cyprus. It also endorsed the report of the mutual evaluation of the Russian Federation, which had been jointly conducted by the FATF, the Eurasian Group on Combatting Money Laundering and Financing of Terrorism (EAG) and MONEYVAL. The Plenary also adopted follow-up reports of the following countries and jurisdictions: Albania, Andorra, Bosnia and Herzegovina, Hungary, Latvia, Montenegro, Romania, Serbia, Slovenia and the UK Crown Dependency of the Isle of Man.

The Committee heard presentations and held discussions with experts on a number of topics, including combatting the proceeds from modern slavery and human trafficking, good practices for national risks assessment of money laundering and terrorist financing risks, and the recent inter-ministerial conference “No money for terror” held in Melbourne (Australia, 7-8 November 2019). It also continued its work on MONEYVAL’s regional operational plan to counter terrorist financing.

MONEYVAL discussed the recently amended FATF-standards to address the money laundering and terrorist financing risks of virtual assets, and the manner in which the Committee will assess in the future whether countries have taken the necessary steps to implement the new requirements.

Reports adopted will be made available shortly under each jurisdiction’s profile, in accordance with MONEYVAL’s publication policy.