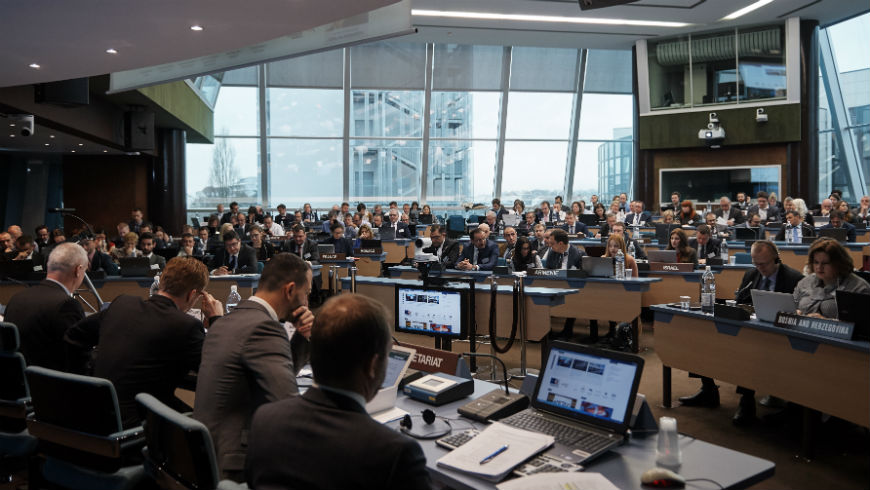 The Committee of Experts on the Evaluation of Anti-Money Laundering Measures and the Financing of Terrorism (MONEYVAL) held its 55th Plenary meeting in Strasbourg from 5 to 7 December 2017.

Amongst other issues, MONEYVAL adopted the 5th round mutual evaluation report of Ukraine; the 5th round enhanced follow-up report of Hungary; a number of 4th round follow-up and compliance reports (Bulgaria, Croatia, Poland and the Slovak Republic); as well as the third 3rd round progress report of the Holy See/Vatican City State. The Committee also finalised its review of key elements of counter-terrorist financing legislation (“Terrorist Financing Fact-Finding Initiative”).

MONEYVAL heard various presentations and held discussions on topics such as virtual currencies, practical aspects of the implementation of targeted financial sanctions, and the identification of politically exposed persons. 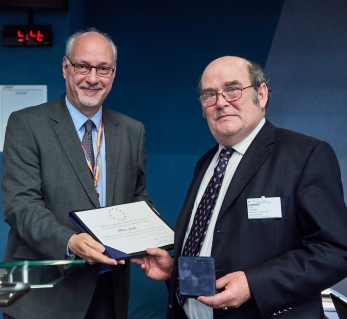 At this Plenary, MONEYVAL also celebrated its 20th anniversary, and bid farewell to Professor William Gilmore (United Kingdom), who had been involved with the Committee in various functions since its creation.

Mr Christos Giakoumopoulos (Director General, Human Rights and Rule of Law) handing over the medal of honour of the Council of Europe to Professor William Gilmore for his service to MONEYVAL in the past 20 years.

Reports adopted will be made available shortly under each jurisdiction’s profile, in accordance with MONEYVAL’s publication policy.