In 2006 the Council of Europe launched the project “Languages of schooling” to help member states to address the major challenges of drop-out and failure at school (over 10% according to Eurostat in 2017). This domain had not previously been explored at intergovernmental level.

The resources developed by the project and the results of 11 conferences and seminars organised between 2007 and 2015 provide with a wide-ranging set of tools with which to address the challenges related to the language(s) of schooling.

Languages of schooling are the backbone of plurilingual and intercultural education.

Alongside guidelines to help those in charge of curricula to define the language skills needed to learn/teach different school subjects, tools have been developed for teachers of all subjects and for those working in multilingual contexts and with vulnerable learners.

One of these tools, for example, supports the diagnosis of learners’ competences in the language(s) of schooling at various stages in their education. Another helps teachers to check the extent to which they take account of the linguistic dimension in their teaching.

Consult the Platform of resources and references for plurilingual and intercultural education:

See also section "Events" on this website for conference reports.

A Council of Europe Recommendation

The Committee of Ministers of the Council of Europe has addressed a Recommendation to member states on “the importance of competences in the language(s) of schooling for equity and quality in education and for educational success". 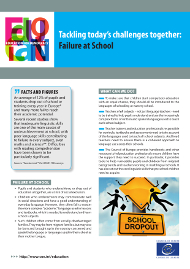