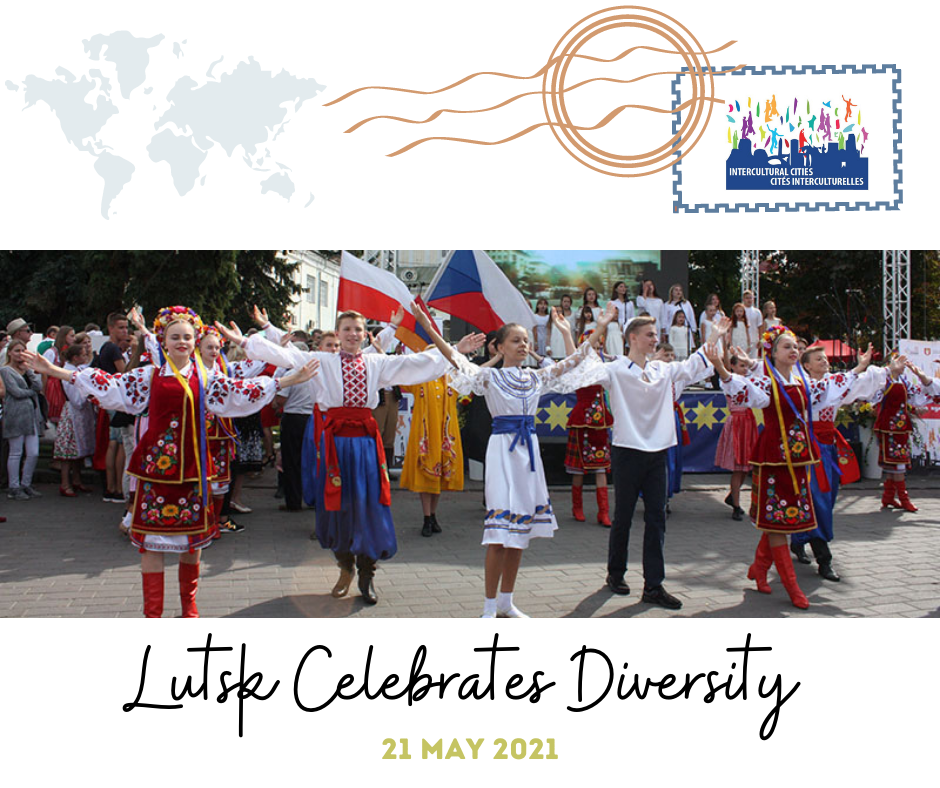 Lutsk is an intercultural European city that promotes cultural self-expression from all nationalities and residents in the city.

That is why the Council of Europe's Intercultural Cities Programme has become a platform for us, where the government and the public have for many years been able to study the powerful European experience of developing and improving intercultural policy, expanding and managing cultural diversity, and establishing intercultural contacts.

To promote the cultural heritage of nationalities living in the city and the formation of a tolerant attitude towards other cultures, the city annually hosts an intercultural festival "Palette of Cultures". More than 20 different art groups of the city, including national cultural societies, are involved in the festival.

Representatives of Lutsk’s ethnic groups and guests from partner cities present their authentic music, songs, dances, the beauty of national clothes and a variety of dishes of national cuisines.

The festival also includes a talk in the format of a "free microphone", where current issues about interculturalism in Lutsk, the problems and successes of national minorities, cultural and architectural monuments in the city, related to their nationalities are discussed.

The festival aims to highlight the openness of the community, its diversity and friendly atmosphere among residents and guests of the city.