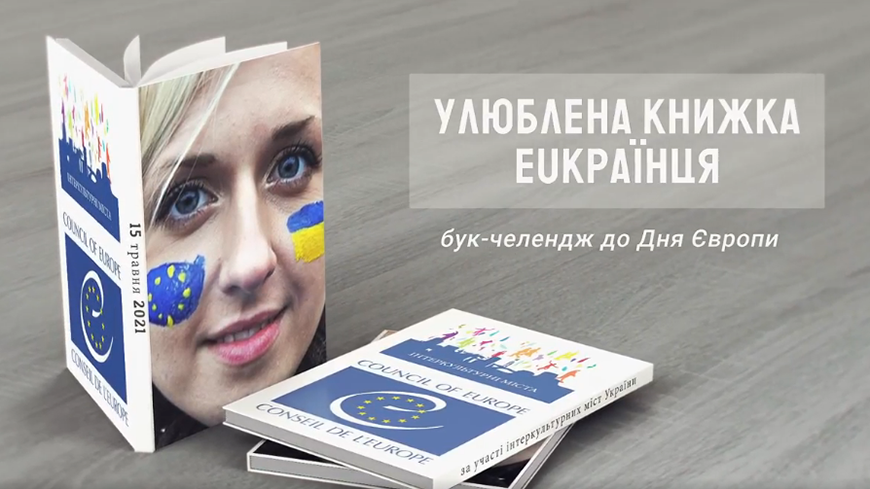 Due to the restrictions imposed by the pandemic, the Ukrainian cities that are member of the ICC programme had to celebrate Europe Day online for the second consecutive year. Joining hundreds of other cities and organisations in Europe in their virtual celebration, the Intercultural Odessa, a member of the ICC-Ukraine Network, together with the national coordinator Kseniya Rubicondo, came out with an innovative initiative. An on-line Book Challenge titled "EUkrainians’ Favourite Book" was launched on 9 May involving all ICC-Ukraine cities Odessa, Vinnytsia, Lutsk, Sumy, Melitopol and Pavlograd.

The Book Challenge targeted particularly the diversity of visitors of local libraries in ICC-Ukraine cities. Visitors representing different cultural backgrounds, age groups and occupations were invited to select two out of ten proposed intercultural and human values – including, for example, equality, freedom of expression, open dialogue, tolerance, solidarity, freedom of worship, respect for other cultures, personal freedom – and to explain in a short video a) why these values are important to them, and b) which of their favorite books best describes and promotes these values.

The ICC Odessa team collected more than 15 videos with the same number of selected books and combined them into one visual. The final result of the Book Challenge "EUkrainians’ Favourite Book" was disseminated through official channels and social networks of the city of Odessa and the member cities of the ICC-Ukraine network.

This initiative was another joint action of ICC-Ukraine members aimed at raising awareness about intercultural values within and beyond their jurisdictions and highlighting the importance of these values for everyday life in intercultural urban environments.