A boat, refugees, a dilemma: An Agean Story 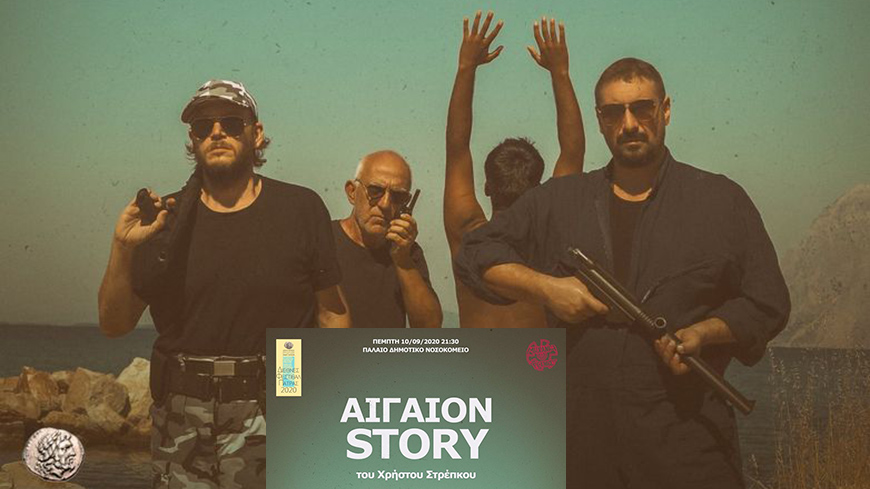 The Patras International Festival (PIF) outdoors performances presented “Aegean Story” last 10 September, a play about refugees and asylum seekers. The venue (former Municipal Hospital) is a symbolic place, for now acting as a core cultural hub and soon to be transformed into an ICT and virtual reality museum.

The play refers to the refugees and its true meaning regards the despair of the protagonists. It starts with a boat with two passengers sailing the Aegean sea, near the Greek border with Turkey: George, a member of a nationalist criminal organisation, and Nikitas, a prisoner who has escaped through the organisation’s support. The fugitive is assigned the “Aegean” mission: to stay on the boat for a month and kill any refugee who crosses the border by sea. If Nikitas cooperates , he will finally get a passport and with it a long-awaited chance for a new life.

Nikitas is left alone on the boat, the organisation communicates with him by radio and controls the mission’s outcome. Will he obey? How desperate is he? Will he kill the other desperate people (refugees) or will he not, sacrificing his chance for a new life?

The play, by Christos Strepko, was awarded a praise by the 2018 state competition of theatrical writing of the Greek Ministry of Culture. It brings life to the "modern" ancient tragedy of the Mediterranean Sea in every boat sunken with refugees in it.

“Agean Story” is tribute of the Patras International Festival 2020 edition to refugees, and as such it is part of the dedicated section “Refugees flows”, which features a series of events on this theme.