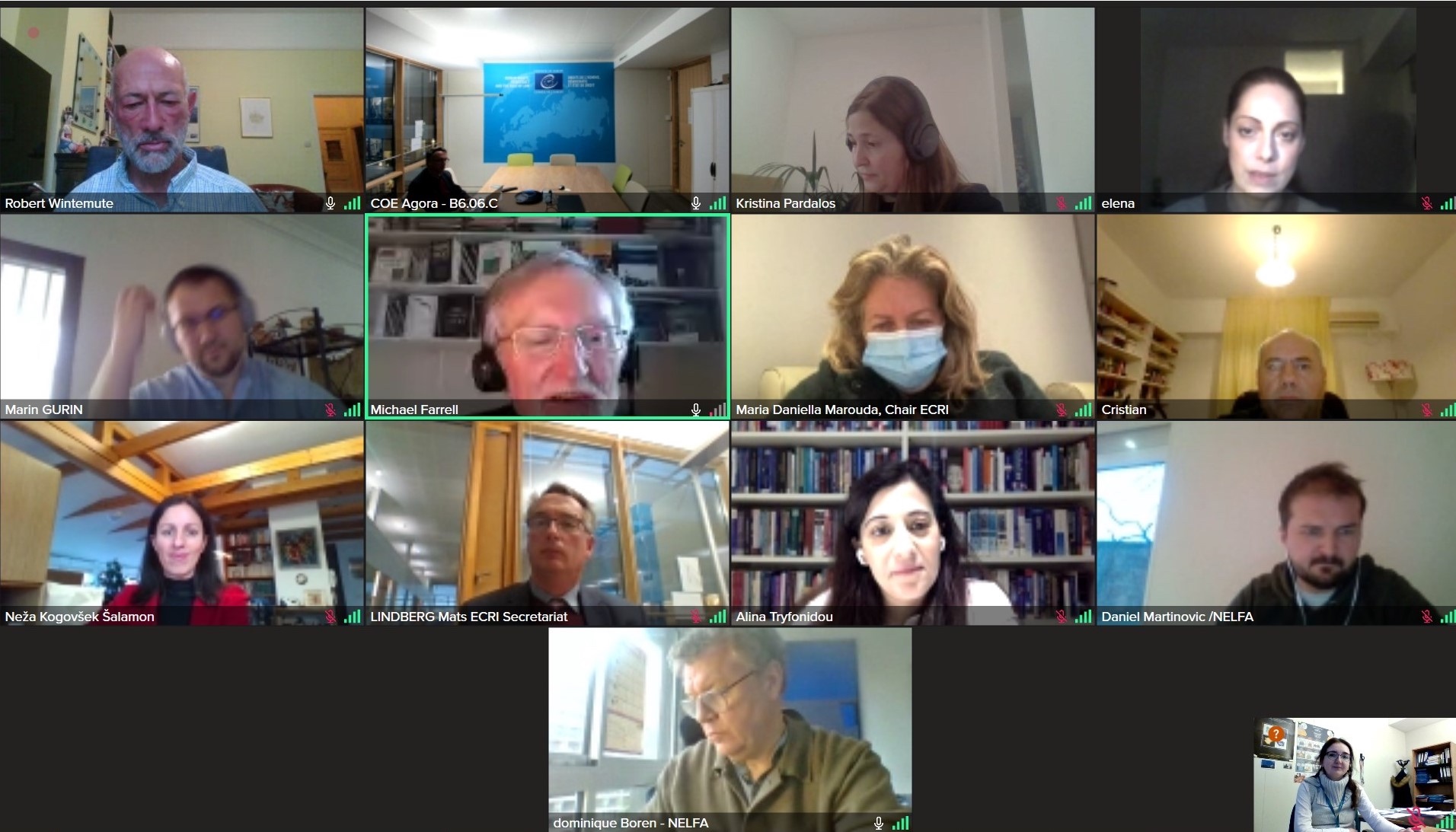 This was the last meeting of ECRI’s LGBTI Task Force, which held a series of online consultations to prepare the ground for the drawing-up of a future General Policy Recommendation on LGBTI issues, in line with ECRI’s 2019 Roadmap to Effective Equality. An ECRI working group in charge of the actual drafting of ECRI’s future instrument is expected to become operational in 2022.

Following the adoption of the Committee of Ministers’ Recommendation (2010)5 to combat discrimination based on sexual orientation or gender identity, ECRI took on the responsibility of addressing intolerance and discrimination against LGBTI persons in the context of its country monitoring work since 2013. A Factsheet summarising the relevant recommendations issued by ECRI was prepared by the Secretariat of ECRI, in close consultation with the Task Force on LGBTI issues.