ECRI at the 2022 European Anti-Racism Summit

Europe has a historic duty to prevent and combat racism in all its forms, be it anti-Black racism, antigypsyism, antisemitism or anti-Muslim racism, says ECRI’s Chair
Strasbourg 21 March 2022 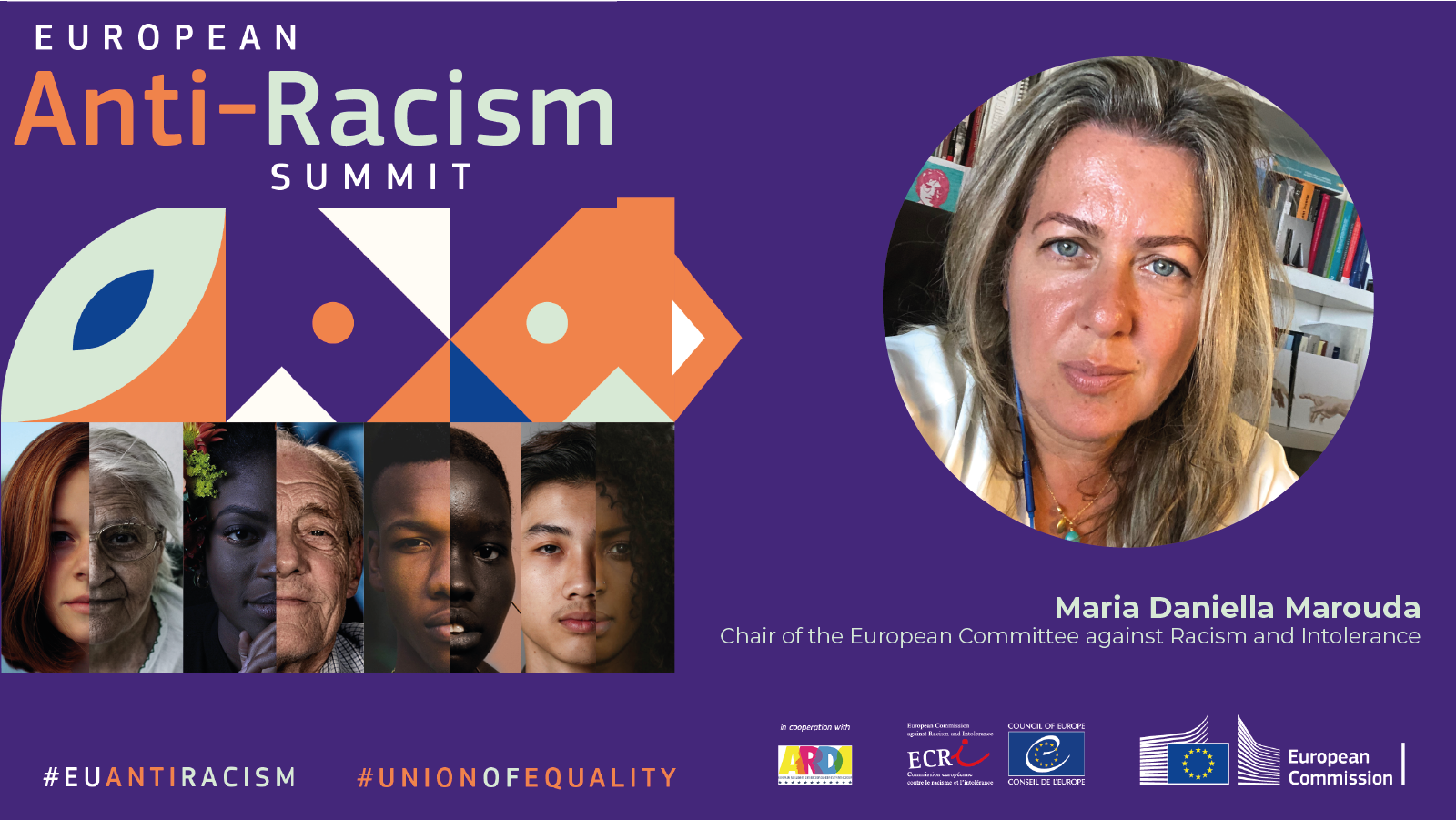 In her opening address at the 2022 European Anti-Racism Summit, which was organised on 21 March on the occasion of the International Day for the Elimination of Racial Discrimination, Maria Daniella Marouda, Chair of the European Commission against Racism and Intolerance (ECRI), recalled that the European Union and the Council of Europe had been built on the promise of peace in Europe, greater unity between member states and shared values of equal rights.

“Ultra-nationalism and racism are the enemies of peace, the enemies of unity and the enemies of equality, she underlined after having referred to the current war in Ukraine, at the doorstep of the European Union, and the recent expulsion of the Russian Federation from the Council of Europe”.

Sustainable and practical actions should therefore be taken urgently. In doing so, the Council of Europe’s comprehensive and operational standards on combating racist and other forms of hate speech and hate crime should be taken into consideration.

Sustainable solutions against racism should be provided, with participation and commitment of younger generations and through youth NGO structures. Tackling racism through education, through history teaching and through schools is an essential component of the raising awareness chain.

“To prevent and combat the various forms of racism effectively, we must remain united in our goals, distinct in our roles. Close cooperation between the European Union and the Council of Europe, with the valuable input of European civil society organisations, is key”, she concluded.