At the end of 2015 the Council of Europe’s Eurimages Fund joined forces with four European festivals to establish the "Eurimages Lab Project Award" for innovative projects exploring new forms of expression, as from 2016.

To be eligible, projects must be mainly produced in a Eurimages member state, participate in one of the above events and show co-operation between at least two countries.

Through the Lab Project Award, Eurimages is investing in new forms of cinematographic expression which are often at the crossroads of other art forms, and actively participating in the renewal of European cinema.

To see the rules for entry for each of these events please go directly to their internet sites: 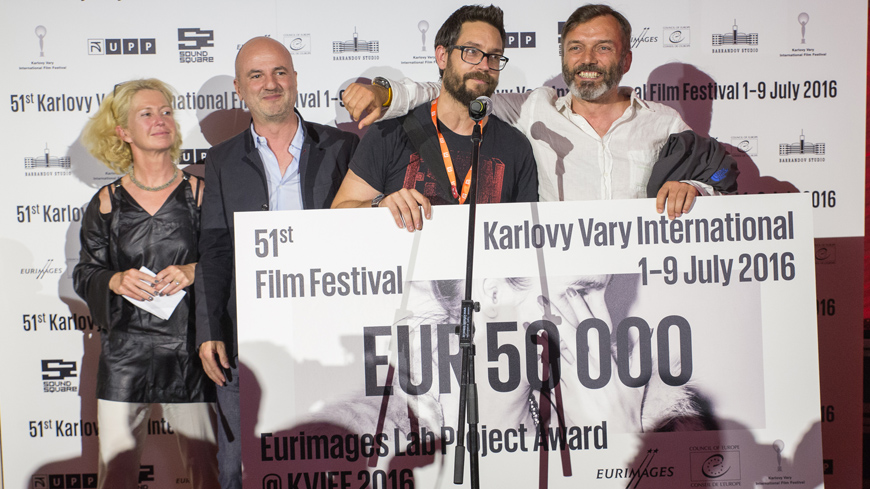 13/12/2016 – The fourth and last EURIMAGES LAB PROJECT AWARD was given last night to the project entitled The Hidden City by Victor Moreno, produced by the companies El Viaje Films (ES) and Pomme Hurlante (FR), in the framework of the Festival’s initiative Work-In-Progress which came to a close last night. The jury composed of the directors Bertrand Bonello and Clément Cogitore, Béatrice Fiorentino (Venice’s International Critics Weeks), Sara Norberg (Director of Helsinki’s International Film Festival, Love & Anarchy) and Karin Schockweiler (LU) for Eurimages, was impressed by the imagery and the audacious concept of this project which films the reality in an innovative and creative way with its mixture of documentary and science fiction. See the Festival's website.

The third EURIMAGES LAB PROJECT AWARD awarded on 12 November 2016 in the framework of the AGORA Works-In-Progress initiative of the Thessaloniki International Film Festival went to the project Thorn by Garbiel Tzafka, produced by the companies Kakavias Film (GR) and Nitrat Film (DK). The jury composed of Alexandros Christoyiannis (Content Director & Deputy Director, OTE TV, Greece), Giorgio Gosetti (Artistic Director, Venice Days – Venice Festival, Italy) and Rachel Schmid (Eurimages Representative, Switzerland) who were particularly seduced by the quality of the projects in this edition and also awarded the GRAAL Co-production Prize to the film Charlton Heston by Andrei Cretulescu. Further information on the Festival’s website. 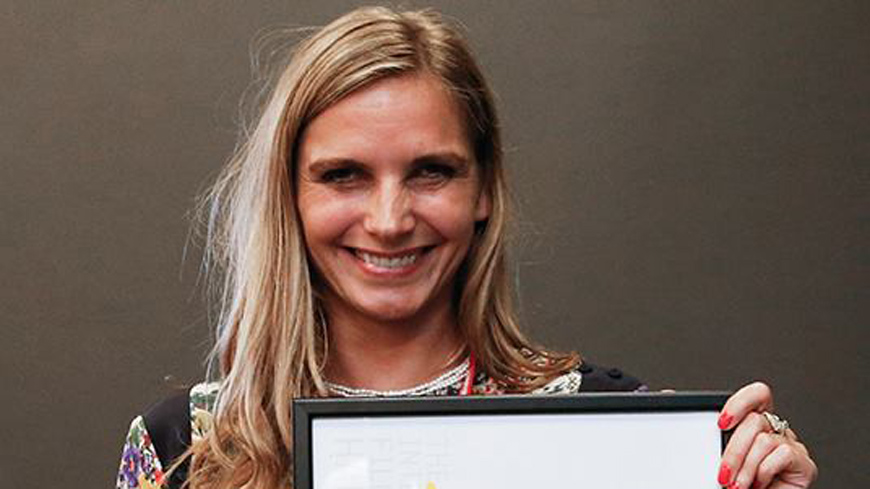 The second EURIMAGES LAB PROJECT AWARD presented at the Norwegian International Film Festival in Haugesund as part of its New Nordic Films’ works-in-progress held on 24 and 25 August 2016 went to the Icelandic project The wind blew on directed by Katrín Ólafsdóttir and produced by Katrín Ólafsdóttir and Katie Nicoll. The jury consisting of the Norwegian director Bent Hamer, the Eurimages Dutch representative Dorien van de Pas and Heidi Zwicker, programmer for the Sundance Film Festival, was “struck by the beauty of the images and the whole cinematic approach. The concept of the film creates an emotional, which reaches out directly to us, the viewers. The jury respects the Commitment of this filmmaker to the strong vision and the Independent way of developing the project”. See the press release and the Festival website.

The first EURIMAGES LAB PROJECT (more details under Promotion(development awards...)) presented at the Karlovy Vary International Film Festival as part of its “Works in Progress” event went to the film Perseverance (Vztrajanje) by Miha Knific, a co-production between Slovenia, Croatia, Italy and Serbia.

The jury consisting of Karin Schockweiler (Eurimages Luxembourg representative), Kim Yutani (Sundance IFF) and Meinolf Zurhorst (ARTE/ZDF) was "moved by this poetic film that evokes the basic conditions of mankind". It decided to give the Eurimages Lab Project Award @ KVIFF amounting to €50,000 to this film "for its visually striking and sensory jouney through the secrets, memories, and imagination of the human race".

This jury also decided to give the Works in Progress Award in a total value of €100,000 to the film entitled Requiem for Mrs. J (RS, BG, MK) by Bojan Vuletić, supported by Eurimages. More information on the Festival's website.