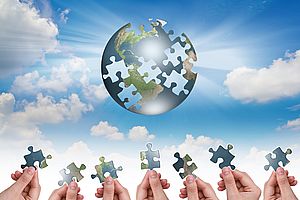 Protecting, developing and enhancing academic integrity in general is the second theme for action, with a particular focus to the issue of plagiarism.

Higher education has indeed its own particularities and potential risks, from the number of students, which has grown over the years, to the competition for resources and prestige places, which increases pressure on higher education institutions and staff.

Based on the results of the IPPHEAE European Union-funded project on the “Comparison of policies for academic integrity in higher education across the European Union”, which was restricteded to EU countries, a further study could be extended to the 50 States Parties to the European Cultural Convention. The study would identify and analyse policies and practices used in different parts of Europe.

Several universities are already using specific programmes to build competences and skills for students and are fostering a positive approach towards academic integrity, and exchanges of best practices could be encouraged.

Another activity under this priority line would be the organisation of a specific seminar on plagiarism, which could be held in 2016. One possible aim of the seminar could be to show that different attitudes towards plagiarism coexist in Europe and that approaches differ from one Member State to another.

The main target group for this priority action would be academic staff, researchers and students.