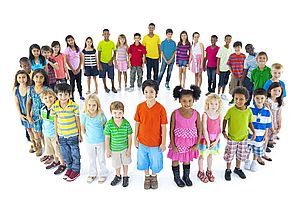 The Council of Europe has worked for decades to promote quality education, which it has clearly defined in a Recommendation to Governments. This specifies that a quality education must be free of corruption.

Corruption can affect all levels of education, in all European countries: from the embezzlement of funds intended for school buildings in pre-primary education to plagiarism in universities essays and the selling of diplomas. The examples are numerous and they can affect any child in Europe at one moment or another of their schooling.

The long-term consequences are disastrous: corruption disrupts citizens’ trust in the school system and in democratic institutions more generally, resulting in a lack of participation in the democratic process. Corruption can also result in a diminution of a given country reputation at international level.

One of the new flagship projects of the Education Department is dedicated to the Platform on Ethics, Transparency and Integrity in Education (ETINED) of the Council of Europe.

In April 2013, the Ministers of Education of the 50 States Parties to the European Cultural Convention agreed through the Helsinki Ministerial Declaration to work together on ethics, transparency and integrity in education, for the mutual benefit of all European children, and to set up a Platform to do so.

The Council of Europe has developed comprehensive standards, legal instruments, norms and recommendations to fight corruption through criminal, civil and administrative law, all of which are monitored by the Group of States against Corruption (GRECO). Its Parliamentary Assembly has also set up an alliance of Parliamentarians called the PACE anti-corruption Platform.