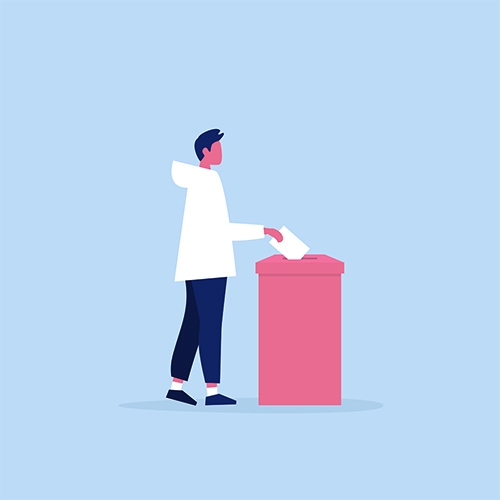 Election observation reports by international organisations as well as by domestic observers revealed that participation of young people in the elections in new democracies is not satisfactory.

High school students graduate with limited understanding of the functions of state institutions, the mechanisms of civic participation and involvement in political life while high school curricula do not sufficiently address these issues. On reaching voting age, young students have a limited awareness of the significance of democratic rules and procedures in general and of the role and importance of elections in particular. Awareness raising is needed even more among ethnic minorities.

The unequal knowledge of the state language as well as the level of involvement of the regions in political and public life are additional elements that young people have to deal with to become better involved in the political life of their country. Council of Europe through its direct contacts with the authorities (Ministries of Education, Central Election Commission) and Civil Society Organisations motivates future young voters and some first time voters to comprehend the importance of free and fair elections for their lives and the well-being of their communities.

Council of Europe can organise tailor made programmes or individual actions according to the catalogue of activities below:

Electoral school for young people ahead of 16 October local elections

First-time voters enhanced their knowledge of electoral and voting procedures, political party systems and media coverage of elections on the eve of 2019 Presidential Elections in Ukraine

35.000 first-time voters benefit from an awareness-raising campaign ahead of the 21 June 2015 local elections in Albania