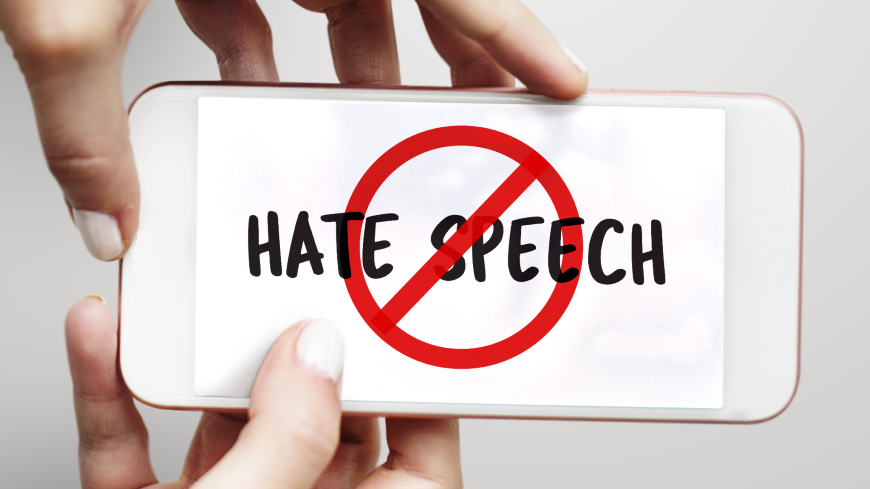 Hate speech, whether online or offline, poses a threat to democracy and human rights. To address it constitutes an urgent challenge in all Council of Europe member States.

The final Recommendation was adopted by the Committee of Ministers in May 2022. It provides non-binding guidance for member States, building on the relevant case-law of the European Court of Human Rights and paying special attention to the online environment in which most of today’s hate speech can be found.

Hate crime is partly covered by the Additional Protocol to the Budapest Convention on Xenophobia and Racism, and thus addresses cyberviolence motivated by certain biases, but not if motivated by other perceived characteristics such as gender, sexual orientation or disability. The work of the Council of Europe and other organisations on discrimination and intolerance is also relevant. Key issues are the role of service providers and the question of hate speech versus free speech. A Committee of Experts on Combating Hate Crime (PC/ADI-CH) started its work in 2022.

Countries have different views about the degree to which speech should be limited by society – that is, where to set the balance between one person’s fundamental right to express him/herself and another person’s fundamental right to safety. A multitude of case-law judgements and decisions can be consulted online, as well as recommendations containing guidance for the various stakeholders involved.

An educational youth campaign, called the “No Hate Speech Movement”, was run by the Council of Europe between 2012-2018. This campaign aimed at combating online hate speech by mobilising young people and youth organisations to recognise and act against these human rights violations. The No Hate Speech Movement developed among other things an overview of reporting structure for hate speech and cyberbullying to national structures and has opened the path for follow-up initiatives at both the Council of Euope and national level.

Recommendations / Declarations of the Committee of Ministers

Resolutions of the Parliamentary Assembly of the Council of Europe (PACE)

Recommendations of the European Commission against Racism and Intolerance (ECRI)

Most European countries have established national reporting mechanisms and support for victims of cyber bullying, hate speech and hate crime, provided by national authorities and NGOs.

Social media platforms offer tips to help protect users from cyber bullying and hate speech, and provide tools for reporting them to the platform administrators or moderators.

The Committee of Experts on Combating Hate Speech (ADI/MSI-DIS)  held its fourth and final meeting in a hybrid format on 6-7 and 20-21 October.

This Recommendation CM/Rec(2022)16 provides non-binding guidance for member states and other key stakeholders on a comprehensive approach to addressing hate speech within a human rights framework. According to the mandate given to the Expert Committee on combating hate speech (ADI/MSI-DIS), the Recommendation builds on the relevant case-law of the European Court of Human Rights and pays special attention to the online environment in which much of today’s hate speech can be found.

The Committee of Experts on Combating Hate Crime (PC/ADI-CH) started its work in 2022. New

The main aim of the Committee is to prepare and draft a comprehensive Recommendation to address hate crimes.  The approach will also build upon the work of colleagues in the field to help set forward-looking standards in areas such as human rights, criminal justice, victim support and services, civil society participation.

The International Day for Countering Hate Speech is observed each year on 18 June.