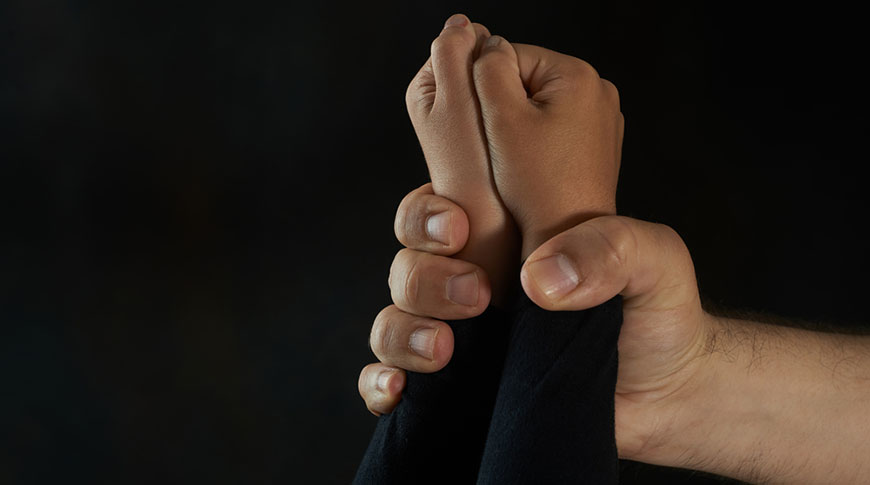 Violence against children occurs in many different forms, places and contexts. It may take the form of sexual, physical or psychological violence, abuse or exploitation, and happen in the so-called “circle of trust” (family, school, residential institutions) or the public sphere, where it is often facilitated through digital tools.

Whatever its nature or extent, violence against children remains a human rights violation (according to Article 19 of the UN Convention on the Rights of the Child). Despite efforts undertaken by many, it is far from being eliminated from modern societies in the 21st century - on the contrary, it regularly appears in new forms and expressions. This creates ever new challenges for law and policy-makers and requires that both legislation and public policies be revisited and updated on a regular basis.

Through this clearinghouse, the Council of Europe - although not in a position of undertaking systematic data collection as such or building up an exhaustive data base – contributes to an increased understanding of violence against children and possible responses to it by facilitating access to some of the key resources and good practices in this field.

Specific information relating to different forms of violence against children can be found below.

Information on international, European and national resources, can be found in the resource center.

The sexual exploitation and sexual abuse of children have grown to worrying proportions in many countries and also internationally, amongst others through the increased use by both children and perpetrators of information and communication technologies (ICTs). In order to jointly prevent and combat different forms of sexual exploitation and sexual abuse of children and develop effective responses in this respect international co-operation is crucial, both to exchange information on good practice and experiences made and to coordinate legal and policy measures.

At Council of Europe level, the Council of Europe Convention on the Protection of Children against Sexual Exploitation and Sexual Abuse (“Lanzarote Convention”; CETS No. 201) is the main instrument for fighting sexual violence against children. Its implementation is closely monitored by the Committee of the Parties (“Lanzarote Committee”) in thematic monitoring rounds; the Committee also regularly adopts opinions of topical matters and provides the framework for the organisation of capacity-building events, both at the European and at national level.

Intra-family violence can take different forms and happen between family members in various constellations (World Health Organization (WHO)). When it comes to intimate partner violence, children are first and foremost concerned as witnesses of violence, which is a traumatising experience as such. However, the psychological impact that this may have on them is not easy to grasp as a human rights violation.

The issue of corporal punishment, i.e. any punishment using physical force, has been better responded to by child protection mechanisms over the past years. About ten years after the dedicated Council of Europe campaign “Raise your hands against smacking”, corporal punishment remains a widespread form of violence against children and is too often still accepted as an educational measure, especially when being applied in the private sphere of the family. However, most human rights defenders and many legislations nowadays recognise it as a violation of children‘s right to human dignity and physical integrity that may cause pain, discomfort and have a considerable impact on a child’s well-being and development.

In close partnership with other organisations, such as the Global Initiative to End all Corporal Punishment, he Council of Europe continues promoting both the prohibition of corporal punishment of children in law and in practice and positive parenting practices. Member States who have abolished corporal punishment are encouraged to share with the Council of Europe any good practices they have developed.

Recent material coming from international organisations and member states can be found via the compendium of resources.

More information can be found in the previously built compendium of resources.

Bullying is unwanted, aggressive behaviour among school aged children that involves a real or perceived power imbalance and that is often repeated over time; it can include physical violence, sexual violence, threats, teasing, social exclusion or other psychological violence. Both children who are bullied and those who bully others may be in need of support as bullying in childhood and adolescence can have long-term effects on their mental health which are comparable to maltreatment during childhood (see Lereyra and others in the Lancet Psychiatry 2015; 2: 524–31). Violence in schools and bullying have been a focus of previous Council of Europe Children’s Rights Strategies. More recently, they are targeted by the organisation’s programme of Education for Democratic Citizenship and Human Rights Education where a wide range of specific resources have been developed, based on the Charter on Education for Democratic Citizenship and Human Rights Education and by the Council of Europe Education Department through its campaign “Free to Speak - Safe to Learn. Democratic schools for all” launched in November 2018.

Different forms of peer violence, including sexual violence, continue to be addressed through the programme “Building a Europe for an with Children” and the current Strategy for the Rights of the Child (2016-2021) where activities are being led on sexual violence by children, towards peers or younger children, and on harmful sexual behaviour by children as defined by the Lanzarote Committee in 2019, as well as on effective reporting mechanisms for the prevention of violence. More information on these issues will be available in 2020, in the framework of activities led by the new Steering Committee for the Rights of the Child (CDENF)

Trafficking in human beings affects the lives and human rights of countless children in Europe and beyond. Trafficking deprives children of the right to preserve their identity, to education, health care, rest and leisure, and puts them at risk of degrading treatment or punishment. In Europe, trafficking of children is widespread for purposes of sexual exploitation or forced labour. All countries of Europe are concerned by the “trade of people”, be it as an origin, transit or receiving country, or some combination of these.

When it comes to protecting children’s rights in the digital environment, a balance needs to be found between children’s right to access digital tools and make use of their full potential on the one hand, and their protection against harmful and inappropriate content or misuse of their privacy and personal data on the other hand.

Children need special protection online and they need to be educated about how to steer clear of danger and how to get maximum benefit from their use of the Internet. To achieve this, children need to become digital citizens. The Internet exposes children to a wealth of opportunities, but also risks that may have a detrimental impact on their human rights. Some of these risks include cyberbullying, data protection issues, online grooming, cybercrime and child sexual abuse material. With the right education and concerted efforts on behalf of member states, Internet service providers and educators, children can learn to successfully avoid these risks and to take advantage of the Internet’s many opportunities.

The Council of Europe Strategy for the rights of the child (2016-2021) includes a focus on children’s rights on the Internet which is now reinforced by the newly adopted Recommendation CM/Rec(2018)7 of the Committee of Ministers to member States on Guidelines to respect, protect and fulfil the rights of the child in the digital environment.

Fundamental freedoms fully apply offline and online, as is emphasised in the Guide to human rights for Internet users. The guide informs Internet users about how human rights apply online and makes the protection of children one of its seven main pillars.

The newly revised Internet Literacy Handbook is a tool for children, parents, teachers and policy makers to be able to make the most of Internet and prepare future generations to use the Internet safely and confidently by being aware of opportunities and risks.

An additional interactive tool developed by the Council of Europe to help children understand the Internet and acquire the necessary skills to become digital citizens comes in the form of an educational online game: The Wild Web Woods.