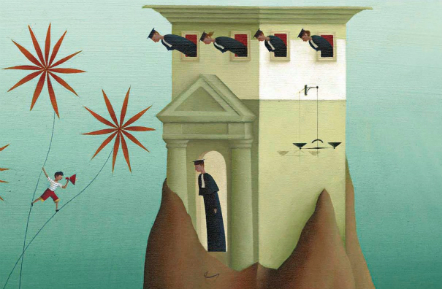 In November 2007, the Ministers of Justice of the Council of Europe adopted a Resolution on child-friendly justice, entrusting the competent bodies of the Council of Europe to prepare elements for European Guidelines on child-friendly justice intended to assist member states in ensuring that children have favourable access to justice, and to enhance the treatment of children whenever they, for whatever reason, come into contact with civil, administrative or criminal justice authorities.

Some events were also organised in the context of the preparation of the draft guidelines:

After this consultation of children and young people, a full report and a summary report have been prepared by the CJ-S-CH consultant expert who also prepared a child-friendly version of the report.

They constitute a practical tool which governments are constantly encouraged to use as a basis for their law reform and the new practices that accompany them.

Today, the Guidelines are considered one of the key references on how legal systems can be improved and made more adaptable to children; they are also referred to in the decisions of the European Court of Human Rights.

In accordance with its terms of reference, the CDCJ will provide to member states upon request, legislative advice, training and awareness-raising activities on the integration of a child-friendly perspective into the administration of justice in their legislation.

General Orientations, developed in 2014, define the plan of action on how CDCJ can undertake such a task (for example by encouraging members to host meetings, conduct regional activities, organise training, develop practical projects to implement the Guidelines and fund raising for co-operation projects).

The Council of Europe, through the European Committee on Legal Co-operation (CDCJ), is currently undertaking a regional activity on child evidence within the framework of a child-friendly justice system in the Baltic Sea region.

This activity, carried out in close collaboration with the Council of Baltic Sea States (CBSS), aims to discuss recent  initiatives and best practices in the region on the gathering, taking and testing of evidence from children in legal proceedings (criminal, civil and administrative) with an aim to facilitating their transposition from one legal system to another. This activity will be carried out in several stages; the first being the undertaking of a comparative analysis on the different practices in this field.

The results of the comparative study, mentioned above, were presented during a regional conference which was organised in co-operation with the Ministries of Justice and Social Affairs of Estonia and in collaboration with the Council of Baltic Sea States (CBSS) as a supporting partner.

This event gave to the many participants the opportunity to better understand how good practices on handling, protecting and testing children’s evidence have been put in place in the Baltic Sea Region, how they function and the critical factors that have contributed to their success.

During the discussions, participants were invited to reflect on how certain practices presented could be integrated into their own legal systems and the different activities that can contribute to their implementation.