You were redirected to https://www.coe.int/en/web/cdcj/judicial-independence-and-impartiality . 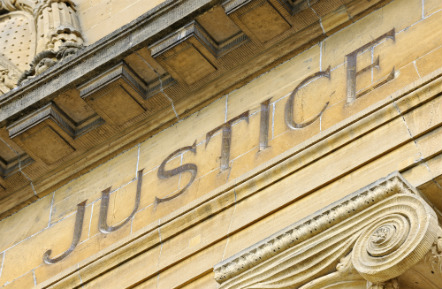 The European Committee on Legal Co-operation (CDCJ) is the principal intergovernmental structure of the Council of Europe with responsibility for the proper functioning of the judiciary; CDCJ members, as representatives of the Ministry of Justice, are particularly well-placed within the Organisation to ensure, at national level, the necessary communication between government and judiciary.

The 2nd report of the Secretary General of the Council of Europe on the state of democracy, human rights and the rule of law in Europe (2015) identified the lack of judicial independence in many countries of Europe as one of the biggest challenges to democratic society today. Standards of impartiality and independence were found not to be sufficiently guaranteed.

Therefore the Council of Europe developed a Plan of Action on “Strengthening judicial independence and impartiality” to support member states in implementing such measures.

The Plan of Action was based, inter alia, on a report on the review of the follow-up action by Council of Europe member states to Recommendation CM/Rec(2010)12 on judges: independence, efficiency and responsibilities of 17 November 2010 which was prepared by CDCJ.

This Council of Europe Plan of Action was adopted by the Committee of Ministers on 13 April 2016.

CDCJ took note of this Plan of Action and of the High-Level Conference of Ministers of Justice and Representatives of the Judiciary (Sofia, Bulgaria, 21-22 April 2016) at which the Plan of Action was launched.

The objectives of the Plan of Action are to be integrated into the CDCJ's programme of activities.

A report assessing the progress in implementing the Action Plan by member states will be prepared in 2021.  In April 2021, the Bureau of the CDCJ agreed on the draft detailed outline of the CDCJ written contribution to the Secretary General’s report , as set out in document CDCJ-BU(2021)9.

More information on completed standard setting work in this field