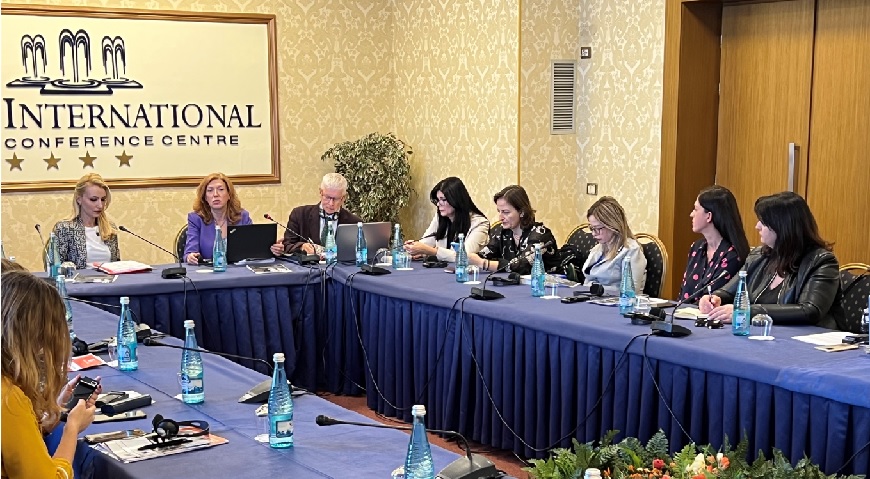 On 22 September 2022, the Anti-Trafficking Division of the Council of Europe organised a round-table meeting to discuss progress made by Albania in the implementation of the third report of the Group of Experts on Action against Trafficking in Human Beings (GRETA), published on 15 December 2020, and the related Committee of the Parties’ recommendation to the Albanian authorities.

The meeting was opened by Ms Romina Kuko, Deputy Minister of the Interior of Albania, and Ms Petya Nestorova, Executive Secretary of the Council of Europe Convention on Action against Trafficking in Human Beings.

The event brought together some 30 participants from relevant ministries, public agencies, civil society and international organisations. The participants discussed developments since the publication of GRETA’s third report on Albania and remaining challenges. Particular attention was paid to victims’ access to legal assistance and compensation, the criminal justice response to human trafficking, measures to prevent and combat child trafficking, identification of victims of human trafficking for different forms of exploitation, victim assistance, and co-ordination of the actions of all relevant actors. As a result of the meeting specific measures to strengthen the implementation of the Convention on Action against Trafficking in Human Beings were identified. The round-table materials will be published on the dedicated section of the Council of Europe Anti-Trafficking Division’s website.

Albania is expected to report to the Committee of the Parties to the Convention on Action against Trafficking in Human Beings on measures taken to comply with its recommendations by 4 December 2022.