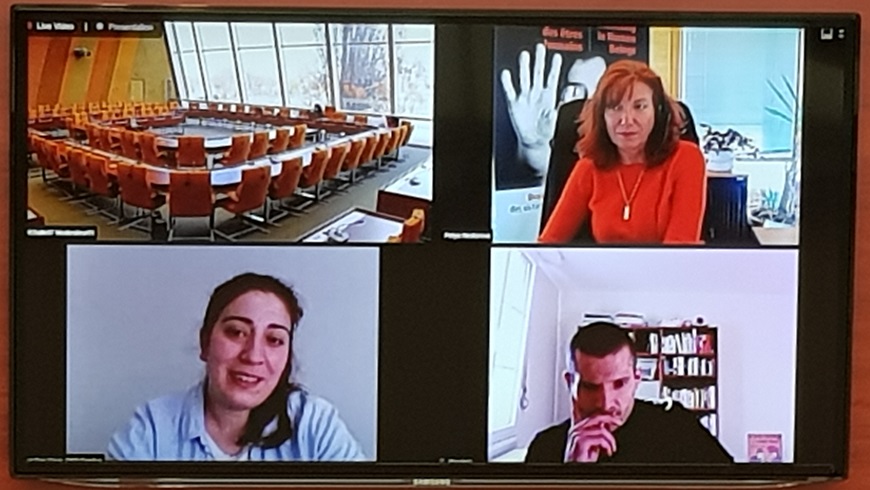 The case V.C.L. and A.N. v. UK was presented by Professor Parosha Chandran, lawyer who had represented one the applicants. The case concerned two Vietnamese nationals who were minors at the time they were arrested working at cannabis farms in the UK. Both were charged with drug offences and received prison sentences after they pleaded guilty on the advice of their initial lawyers, despite strong evidence and concerns raised by the UK Border Agency, social services and an NGO that they were or may have been victims of trafficking. In this case, the ECtHR examined for the first time the compatibility of the prosecution of victims of trafficking with Articles 4 and 6 of the European Convention on Human Rights. The Court found that the authorities’ failure to conduct a timely assessment of whether the applicants had in fact been trafficked amounted to a breach of their positive obligations under Article 4 of the Convention. In the context of Article 6 of the Convention, the Court considered that the lack of such an assessment prevented them from securing evidence which may have constituted a fundamental aspect of their defence. The Court awarded the applicants 25,000 euros each in respect of non-pecuniary damage, and 20,000 euros each in respect of costs and expenses.

The case Lăcătuş.v. Switzerland was presented by Kresimir Kamber, lawyer at the Registry of the European Court of Human Rights, and Ms Sibel Can-Uzun, lawyer at the Centre Social Protestant, Geneva. This case concerned an order for the applicant to pay a fine of 500 Swiss francs (approximately 464 euros) for begging in public in Geneva, and her detention in a remand prison for five days for failure to pay the fine. In this case, the Court considered that the penalty imposed on the applicant had not been proportionate either to the aim of combating organised crime or to the aim of protecting the rights of passers-by, residents and shopkeepers. The Court found that there had been interference with the exercise by the applicant of her rights under Article 8 of the Convention. The interference had had a legal basis in section 11A of the Geneva Criminal Law Act, according to which begging is punishable by a fine. The Court expressed doubts concerning the authorities’ claim that criminalisation of begging is an effective measure against human trafficking, which may involve the exploitation of begging by criminal networks. In this regard, the Court referred to GRETA’s report on Switzerland, which urged the Swiss authorities to adopt a provision which provides for the possibility of not punishing victims of trafficking for their involvement in unlawful activities they were compelled to commit.

Participants also discussed how to facilitate exchanges and sharing of information within the network, including the setting up of a new sharepoint platform.