GRETA visits Georgia as part of the third evaluation round 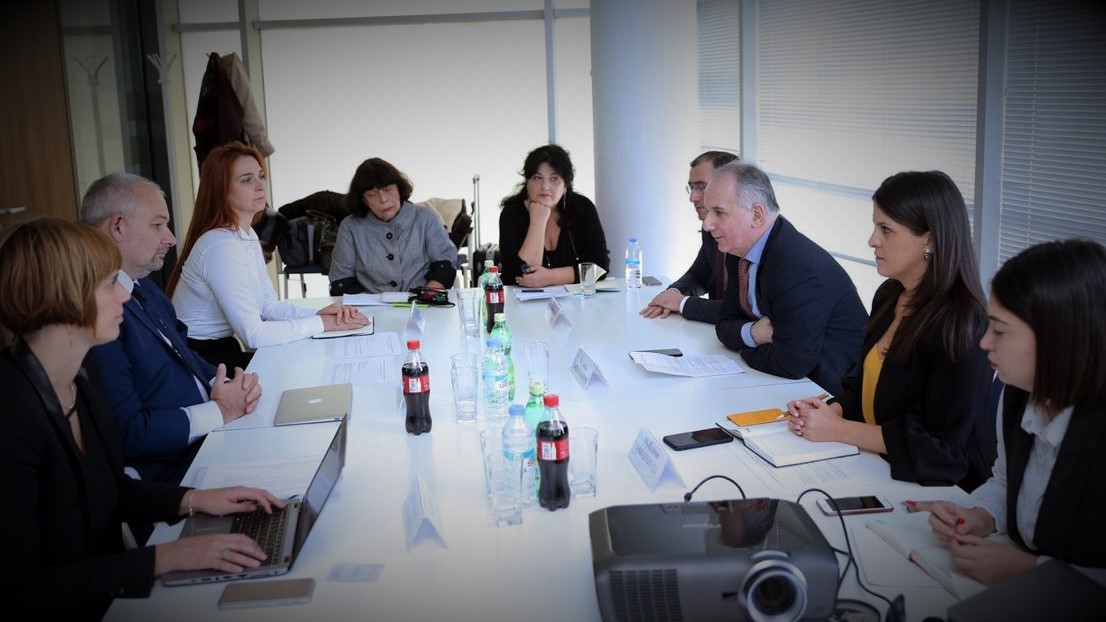 A delegation of the Council of Europe's Group of Experts on Action against Trafficking in Human Beings (GRETA) carried out an evaluation visit to Georgia from 4 to 8 November 2019 as part of the third evaluation round of the Convention on Action against Trafficking in Human Beings. The focus of this evaluation round of the Convention is on trafficking victims’ access to justice and effective remedies. Prior to the visit, the Georgian authorities provided a reply to GRETA’s questionnaire for the third evaluation round. In addition to the new thematic focus, GRETA is examining how the main recommendations made in its second evaluation report on Georgia have been implemented.

During the visit, the GRETA delegation met Mr Gocha Lordkipanidze, Deputy Minister of Justice, and Mr Vladimer Bortsvadze, Deputy Minister of Internal Affairs, as well as the Secretariat of the Inter-Agency Council on Combatting Trafficking in Human Beings, which is chaired by the Minister of Justice, representatives of Ministry of Internal Affairs, the Ministry of Internally Displaced Persons from the Occupied Territories, Labour, Health and Social Protection, the Ministry of Education, Science, Culture and Sports, the Ministry of Foreign Affairs, the Ministry of Economy and Sustainable Development, the Office of the Prosecutor General, and the State Fund for Protection and Assistance of Victims of Human Trafficking. Meetings were also held with the Task Force on Human Trafficking in Batumi, judges from Tbilisi and Batumi courts, lawyers of the Legal Aid Service, and border police officers staff at Sarpi Border Check Point. Further, discussions were held with representatives of the Public Defender’s Office.

In the course of the visit, the GRETA delegation visited shelters providing assistance to victims of trafficking in human beings in Tbilisi and Batumi.

The visit was carried out by the Mr Davor Derencinovic, President of GRETA, and Ms Ana Revenco, member of GRETA, who were accompanied by Ms Natacha De Roeck of the Secretariat of the Convention.

Following the visit, GRETA will prepare a draft report which will be sent to the Georgian authorities for comments. GRETA will subsequently adopt a final report, to be published in 2020.