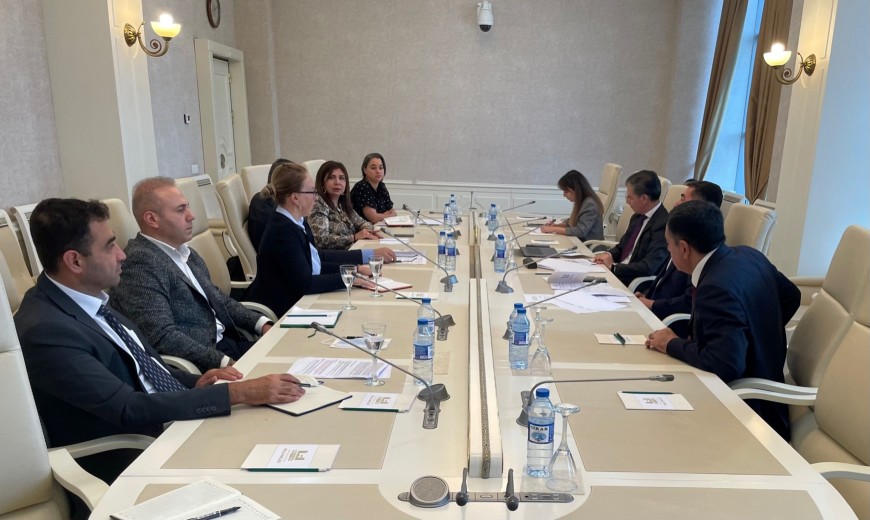 A delegation of the Council of Europe’s Group of Experts on Action against Trafficking in Human Beings (GRETA) carried out an evaluation visit to Azerbaijan on 5-9 September 2022 as part of the third evaluation round of the Convention on Action against Trafficking in Human Beings. The focus of this evaluation round of the Convention is on trafficking victims’ access to justice and effective remedies. Prior to the visit, the Azerbaijani authorities provided a reply to GRETA’s questionnaire for the third evaluation round. In addition to the new thematic focus, GRETA verified how the main recommendations made in its second evaluation report have been implemented.

Furthermore, the GRETA delegation met representatives of the Office of the Commissioner for Human Rights and members of the Azerbaijani Parliament’s Committees on Human Rights and on Legal Policy and State-building.

The representatives of GRETA also travelled to Ganja where they held meetings with relevant officials from the regions of Ganja and Sheki, including police officers, prosecutors, judges, labour inspectors and representatives of the State Employment Agency.

The visit was carried out by Ms la Dadunashvili and Mr Georgios Vanikiotis, members of GRETA, who were accompanied by Mr Mesut Bedirhanoglu and Ms Parvine Ghadami of the Secretariat of the Convention.

Following the visit, GRETA will prepare a draft report, which will be sent to the Azerbaijani authorities for comments. GRETA will subsequently adopt a final report which will be published in 2023.