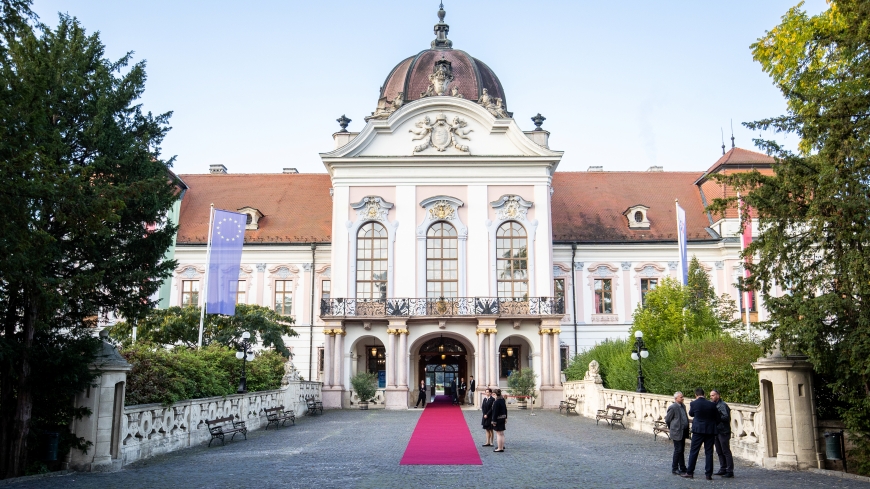 On the occasion of a brilliant ratification ceremony of Council of Europe treaties held on 5 October during the Conference of Ministers of Justice on the Digital Technology and Artificial Intelligence – New Challenges for Justice in Europe, in the Gödöllő Royal Palace of Budapest, the German Ambassador in Hungary, Johannes HAYNDL, deposited the instrument of ratification of Germany to the Protocol amending the Convention for the Protection of Individuals with regard to Automatic Processing of Personal Data (CETS 223), in the presence of the Council of Europe Secretary General, Marija PEJČINOVIĆ BURIĆ.